A misty section of the jungle on Prison Island.

White Jungle is cold and is full of mist in the air. Rain was also added in Sonic Adventure 2: Battle.

After placing Dr. Eggman’s bomb and setting the timer for fifteen minutes, Shadow hears Rouge saying that she has been locked inside Security Hall with the Chaos Emeralds after destroying the R-1/A Flying Dog. After Shadow sees the parallels between Maria and Rouge, he cannot help but need to save her. He cuts through the jungle at high speed, regardless of his wish to destroy everything and everyone.

White Jungle is filled with a large number of Bungie Vines and other types of vines, including many that can be swung from. The jungle also has many trails of Rings and Weights, and there are many platforms floating detached from each other.

1st Mission: Cut through the Jungle in 10 minutes!

There are plenty of Rings in this stage, but collecting 100 Rings in under a minute and thirty seconds can be difficult. There are, however, some Item Boxes that can expedite the process.

The player should use the Spring next to the second Chao Container to bounce up to the level above it. Once there, rather than taking the Vine in front of Shadow, they must turn toward the camera and run until Shadow comes to an Ancient Ruin in a dead end. The player must play the Mystic Melody atop the ruin to make a series of platforms appear and then jump across these platforms, and Shadow will come to a floating enemy with another platform behind him. The player should perform a Homing Attack to reach that platform, and then grab the Vine there.

The player will then end up facing a large gap with a platform on the other side and a single Spark Beetle in front of Shadow. They must wait for the Spark Beetles' electric field to dissipate, then destroy it using a Homing Attack. Another enemy will then immediately appear behind it, and the player must destroy this enemy with a Homing Attack and continue this pattern until Shadow reaches the platform with the lost Chao.

If the player Light Speed Dashes whenever possible, hits every Dash Panel, and avoids any unnecessary stops, completing this stage in under three minutes should be fairly easy.

They are a few key differences in White Jungles' Hard mode, these include:

The Level Up Item in White Jungle is the Air Shoes, which enable Shadow to perform the Light Speed Dash. It is required to beat the game.

Contrary to every stage except Cannon's Core, Big has two cameo appearances in this stage in both Normal and Hard modes: 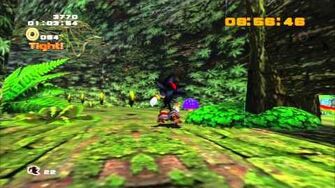 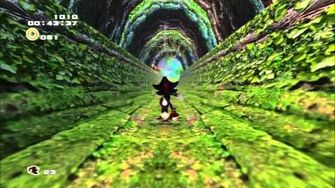 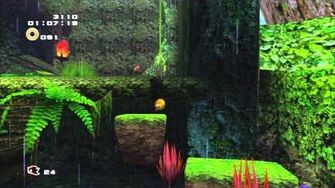 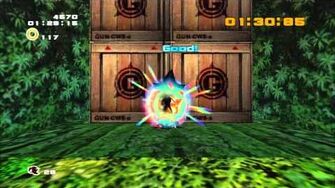 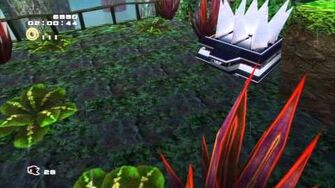