Shadow and Sonic in Westopolis, from Shadow the Hedgehog.

This city was caught in the midst of an alien invasion. Coming here, I was able to find two of the Chaos Emeralds. Now, there are five left... I will find the truth!

Westopolis is a large city that is left in ruins from the attacks of the Black Arms, with its roads piled with debris, ignited cars, traffic cones and barricade fences while skyscrapers are left in various conditions; some knocked down while others remain intact. Throughout various points, laser bombardments constantly rain down on the city.

After Black Doom appears before him as the Black Arms invade Westopolis, Shadow the Hedgehog rushes into the city in his search for the Chaos Emeralds. He quickly runs into Sonic the Hedgehog, who asks him to help fight the Black Arms throughout the city, before grabbing the first Chaos Emerald within Westopolis. Doom's Eye appears to him not long after, demanding that Shadow instead kills the GUN Soldiers defending the city.

Regardless of which mission the player completes, Westopolis will be reported to the United Federation as having the heaviest casualties due to having a weakened defense system whereas Downtown Westopolis was almost completely destroyed. In addition, the Black Arms' attack on Westopolis and the carnage that occurred ultimately has Dr. Eggman deciding to deploy the Egg Fleet to drive out the Black Arms, mostly due to pragmatism since he cannot capture Westopolis for his Eggman Empire if it is obliterated by the Black Arms instead.

As Westopolis is the first Stage in Shadow the Hedgehog, the player is taught the basics of the game as they move through the Stage, such as actions Shadow can perform and how to complete each Stage. In addition to the enemies, other obstacles in Westopolis include laser bombardments that strike throughout the stage and red fruit.

The following weapons can be found in Westopolis:

The Secret Door is right of the fourth Save Point, with there being a GUN Military Truck behind it.

The player should have defeated the following numbers of the GUN Soldiers and Gun Beetles by the time they reach each Save Point:

To get an A-Rank on this mission, the player should avoid killing the Black Arms enemies as it negatively affects the score.

To complete the Normal Mission, all that is required of the player is that to reach the Goal Ring with the Chaos Emerald in it. Missions like these did not require the player to defeat of any of the Black Arms or GUN Soldiers, but sometimes defeating them will make it easier for the player to get through the Stage faster.

The player should defeat the following number of the Black Arms enemies by the time they reach each Save Point:

As with most of the stages in Expert Mode, the player is simply required to reach the Goal Ring. However, the Expert Mode version of Westopolis has minor adjustments such as the section before reaching the third Save Point, whereas the player simply used a Jump Panel in the Story Mode's version to reach the third Save Point, they must now use Shadow's Wall Jump to jump between two skyscrapers to reach a platform and then the Light Dash to complete the rest of the way. In addition, the Goal Ring is now located near the final Save Point, which is at the road strips located after the second sky diving section where the player would defeat the final group of enemies to complete the Dark or Hero mission of the Main Story's version of Westopolis.

In the Sonic the Hedgehog comic series and its spin-offs published by Archie Comics, Westopolis was a Human/Overlander settlement in Eurish and a city-state of the United Federation. After the Super Genesis Wave re-wrote history, Westopolis became a city on Northamer, with a past virtually identical to that of its game counterpart. 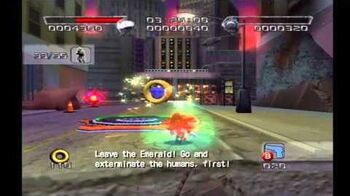 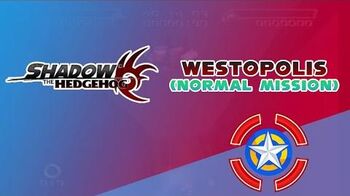 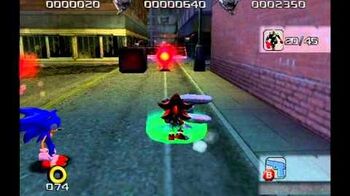 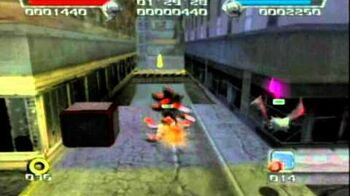