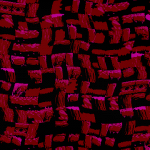 Quirky, and that's all I can say right now. Also, I don't play prereleases or hacks that aren't on the hub. All of my info is from either Sonic Retro, the games themselves, or common sense.

That being said, i was the one who discovered the 3D rocket glitch in Sonic Generations.

​This challenge is a Speed-run challenge!

The idea is to beat the First 4 zones in under 40 minutes. This should be, based off leak-less info: Green Hill, Chemical Plant, Studiopolis and Flying Battery.

EDIT: Don't use the PC version... It kinda has a limited life...

Every once in a while, I make some pixel art. Some of the art I have made will be desplayed here.

Melody Mayhem Zone Tiles test. Please only use this where needed, and credit me when used.

Some design I made. No idea what to use it for.
Add a photo to this gallery

I also tend to make Concept Art for levels.

A miniboss concept- Some sort of Hard Boiled Heavy-type character.

Another Miniboss concept- this guy sucks up Gold Coins from a pit of coins and will try to blow you into the spikes at either side of the area.

Boss Concept: Eggy on a Speedboat.
Add a photo to this gallery

Backup copy of week 2 of the USLT

This week, two stages which didn't make it into Week 1 will kick off Week 2. After the first matchup come the featured batch: twelve levels from Sonic 3 & Knuckles compete to make it into Round Two. These matchups have been sorted mainly by stage theme and ordered by stage order in each game.

The Bridge Zone, an exclusive zone in the Game Gear version of Sonic the Hedgehog, is a straightforward zone that takes primarily on a bridge. Buzz Bombers, Choppers, an more badniks await for Sonic to come running, as they'll put the blue hedgehog to the test! Consisting of three acts, the last act being a boss fight with Eggman in a submarine, Bridge Zone has wooden bridges (some sturdy, some not!) giving way to various waterfalls, bottomless pits, and cliffs to move forward onto Eggman's base! The zone music is also one of the best in Sonic the Hedgehog, so amazing that it was used for the basis of the "Believe in Myself" infamous Sonic song! Bridge Zone is a wonderful stage that doesn't take too long to remember!

Although scrapped original in Sonic the Hedgehog 2 and put in as a one-act level in Sonic & Knuckles, the Hidden Palace Zone is a mysterious zone that holds the Master Emerald inside! While falling in the infamous inescapable pit at the Mystic Cave Zone, Sonic falls into the Hidden Palace Zone, where he can zip through waterslides, grab elevating stones to proceed onward, and face Eggman in a machine similar to a trombone! Badniks, such as Redz and Jellies, will be a hassle for Sonic, but thanks to the awe-moving art direction of the zone, the players will never keep this zone hidden in their hearts and will always remember it!
Gameplay

Oh, no! Knuckles has stolen the Chaos Emeralds, and Sonic and Tails take pursuit in Angel Island Zone, chasing him all throughout the zone. Sonic and Tails encounter enemies such as Bloominator, Catakiller Jr., Monkey Dude, and RhinoBot. Later in the first act, a horde of Fire Breaths set the whole island ablaze! Now the island's scenery changes from lush and beautiful, to fiery and ugly. While playing through Act 2, you race to avoid bombs from Dr. Robotnik's Flying Battery. This leads to a face-off against Dr. Robotnik in his Flame Mobile.

Mushroom Hill Zone, the first stage in Sonic and Knuckles, is a lush forest full of mushrooms, which can be used as springs and platforms. Sonic and Tails encounter different enemies such as Butterdroid, Dragonfly, Madmole, Mushmeanie, and Cluckoid. In the second act, Dr. Robotnik's weather changing machine takes action! Thanks to this, the scenery of the zone changes throughout the rest of the stage. Once Doctor's machine is destroyed, Sonic and Tails will go off into battle with Robotnik himself in his Jet Mobile.
Gameplay

Hydrocity Zone is a beautiful waterpark with plenty of action and a pleasant landscape. But don't let the looks distract you-this place is full of traps, like enemies that will leech off your rings and other enemies that toss rings at you. Half-pipes make easy transportation from place to place, as long as Sonic keeps running. Keep your eyes on the screen and your legs at full speed. Make sure not to drown, either!

Sandopolis Zone is a desert ruin full of sand traps: quicksand, rising sand... well, almost everything here is sand! In the first act, Sonic races along the dangerous desert landscape and uses pulleys to advance further down into the level. Meanwhile, in act two, Sonic encounters a horde of creepy ghosts known as Hyudoros. Use the light switches to keep the dark away, or the Hyudoros will overwhelm you!
Gameplay

Marble Garden Zone is a crumbling overgrown temple from centuries passed, complete with echidna traps from a distant age and over six hundred rings hidden throughout. However, Eggman is on the loose! After being blasted through the more complete yet flooded part of the ruin, Sonic and Tails find themselves flying into the steep hills beside the cracked pillars, guarded by Bubbles, Togemane and Mantis Badniks, as well as the deadly Drillbot. After Sonic and Tails obliterate Drillbot, Eggman tries to destroy the temple, with our heroes inside, yet he fails to realize that they can escape. After escaping the traps and the crumbling temple above them, Sonic and Tails will encounter Robotnik again, and take to the skies in yet another confrontation.

'Sky Sanctuary Zone' is where the plot thickens! When Sonic, Tails and Knuckles arrive, they discover it's too late to stop the launch of the Death Egg, already sending out a swarm of deadly Eggrobos to kill the heroes. Over a button bridge is a complex overgrown echidna ruin, flying in the air for no apparent reason. The traps here are ancient echidna contraptions, designed to kill intruders, such as Sonic and Tails! At every third of the act, a mechanical hedgehog known as Mecha Sonic will hinder Sonic and Tails, but he uses old tactics such as the classic Wrecking Ball and the Flying Eggmobile. The disturbance of the Death Egg finally causes nearly all of the ruin to collapse, but Sonic and Tails are fast enough to make it into the Death Egg.
Gameplay

Carnival Night Zone, an amusement park-themed level, can be a long zone to play in, depending on the character. Balloons are waiting to be popped and cannons are desperate to be fired in this deadly carnival. Rotating cylinders that must be moved up or down with the directional pad have made this zone rather infamous. In act two, Knuckles turns off the lights, leaving it up to the Blue Blur to find the light switch and bring the carnival back to life!

Flying Battery Zone takes place on Robotnik's ship, powered by drills and machines that send out worm-like bridges. There are also flamethrowers which can be used as springs and hidden switches. After facing a seemingly indestructible mini-boss, Sonic and Tails must make it out of the airship and onto its roof to battle their nemesis once more...
Gameplay

In the penultimate zone from Sonic the Hedgehog 3, IceCap Zone takes the player on an ice-cold extravaganza that is just close by Eggman's "secret" project. Act 1 gives a memorable look at the first snowboarding section in the Sonic the Hedgehog series, then swoops down into an underground cavern with never-ending slides. The badniks, the infamous Penguinator and Star Pointer, make their debut to cause havoc for our Blue Blur! Act 2 features an ever-glorious view of the IceCap Zone, making it a very beautiful zone for anyone to be at! The boss battle, featuring Eggman in the Freezer Mobile, gives the player an ice-cold problem that he'll have to solve! All this and the infamous music of IceCap Zone makes this level a very cool level!

The hottest zone of Sonic & Knuckles, Lava Reef Zone is the final stop before the Death Egg arises from the ground! Mostly known for being the longest zone in any Sonic the Hedgehog video game for the Sega Genesis, this zone is an underground cavern that leads straight through the Hidden Palace Zone. But only one problem stands in the player's way: the volcanic lava that can easily harm the player! Badniks such as Fireworm, Toxomister, and Iwamodoki can make things even more harder for the player if not careful! No matter whether you like this stage or not, Lava Reef Zone is one hot stage!
Gameplay

In Launch Base Zone, the final zone of Sonic the Hedgehog 3, navigate through Doctor Robotnik’s base to stop him from releasing his ultimate weapon: the Death Egg! Speed through a maze of corkscrews, gimmicks, zip lines, and machinery; dodge dangerous spikes, flamethrowers, and lasers; twist through pipes leading to a lake of clear water! Battle Robotnik three times in order to destroy the Death Egg, foil Robotnik’s plan, and save the world!

Welcome to the Death Egg Zone. Enter Robotnik’s last line of defense: his most powerful weapon, his strongest fortress, and the final stage in Sonic & Knuckles (that is, if you haven’t collected all the Chaos Emeralds). Gravity is a thing of the past here, and advanced technology guarantees a wild ride. Ride on ring shooters that spiral into the air, avoid electric shocks, jump on to shifting electric platforms, and progress through pipes. At the end, Sonic and Tails fight the Kyodai Eggman Robo, one of the Doctor’s deadliest creations, chase after his Eggmobile, and release the Master Emerald from Robotnik’s tyrannical grip. Our heroes escape to the Tornado and fly away from the liberated Angel Island, ready to embark on a new adventure.

Retrieved from "https://sonic.fandom.com/wiki/User:SyntaxTsundere?oldid=2089957"
Community content is available under CC-BY-SA unless otherwise noted.