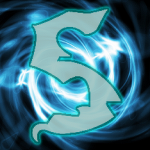 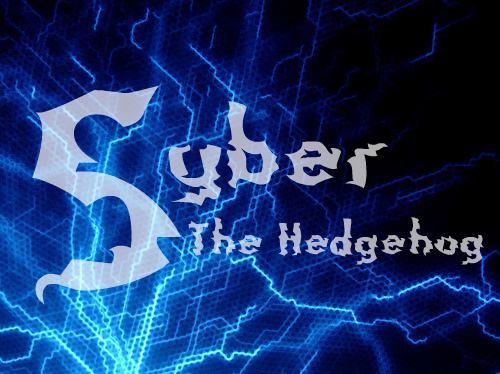 For my Fan Characters and Fan Stories, go here

﻿Hi, there! Thanks for visiting! I'm Syber The Hedgehog, but you can just call me Syber. NOW DROP AND GIVE ME INFINITY! You may also refer to me as Doomscythe01 or ChaosDoomscythe, or just Chaos or Doom. Sonic and Sega fan. Dont wanna be friends? I'm good with that. I'm 21 years old. I can be a polite and nice person once you get to know me , although somewhat distant. If you choose to make an enemy of me, however, you will know what true terror is. You can find me on deviantArt, Youtube and Xbox Live under the name ChaosDoomscythe. (DON'T send me random friend requests, because they will be deleted. Invite me to a party/private chat, and if i like you enough, I will send YOU a friend request)

My Signature(s) and Talk Bubble(s):

These are my signatures. FEAR MY TRANSCENDENCE! Credit goes to Bullet Francisco

Syber the Hedgehog- On Your Knees, Beg Forgiveness

Syber the Hedgehog The Transcendent Plasma

This here is my talk bubble. Bow before its epicness. I SAID BOW!!

3): Espio the Chameleon: one must admire his ability as a ninja.

2): Dr. Ivo "Eggman" Robotnik: I admire the lengths he goes to to defeat (utterly destroy, silence and obliterate) a single blue hedgehog.

1): Sonic The Hedgehog/Shadow the Hedgehog: yeah thats right! their both on the top! you cant beat them.

3):Amy Rose: as annoying as she is, she's always there for her friends.

2):Blaze the Cat: angry cat+pyrokinetic abilities= RUN FOR YOUR LIVES!

1):Rouge the Bat: steer clear of her or lose your jewels. And Emeralds.

2):Metal Sonic: claims to be the real sonic. Lets test his luck.

1): E-Series robot number one hundred and twenty-three, codenamed: Omega: the most powerful and destructive robot of all time.....EVER.

1): Mephiles the Dark: you, sir, are pure EEEEEEEEEVIIIIIIIIIIIIILLLLLLLLLLL. i like evil. shame i dont want to be evil. oh and keep up the good work. mabye you can kill certain voice acters, too? no? oh well, enjoy being erased from existance!

Sonic Games I Own:

Sonic Games I Want To Play:

Other Games I Own:

"Dear humanity: We regret being alien bastards. We regret coming to Earth. And we most definitely regret that the corps just blew the hell out of our raggedy @$$ fleet! HOORAH!"

"On your knees. I want you to beg for forgiveness."

"I've thought of a wonderful present for you. Shall I give you despair?"

"Once again, my dreams of immortality have been washed away on the shores of your incompetence."

"Didn't I tell you I would show you a terror worse than H#ll itself?"

"Shall I begin my horror show?

"Hey, what do you say you give us a handicap?" - "Is that another word for coffin?"

"What you gave to me I now return to you. A one-way ticked to OBLIVION!"

"I determine my own destiny!"

"At the end of this day one shall stand, one shall fall."

"Fighting is a tool of your ignorance"

"Inside every older person is a younger person - wondering what the h#ll happened."

"You want to change the game? Well you got to stay ahead of the game! And how do you do that? You eat a well balanced breakfast of eggs, bacon, sandwitches and liquor! Rise and shine you tired-(Beep) mother-(Beeep)!" XD

"I'm the tollbooth operator on the highway of despair."

"My specialties are ballet, Tap, and merciless obliteration."

"I will snuff out the sun and the stars! Then I'll moveon to the candles and the lanterns. If i have time, I'll take care of those glow sticks people wear around their necks. But the sun is first!"

"Zombies: Devouring nice, fresh brains is all they know...... and all they care about."

"All the questions of the universe--the eternal questions of past, present, and future--pretty much all boil down to this: how do you like my spiffy new cape?"

"Pesant or king, it cares not who its next victim is. It cares only that its victim is warm... and very, very scared."

"How do you know you won't like excuciating pain? Have you ever tried it?"

Retrieved from "https://sonic.fandom.com/wiki/User:Syber_The_Hedgehog?oldid=1265339"
Community content is available under CC-BY-SA unless otherwise noted.