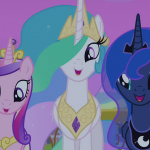 My name is Erik. I am a loyal, veteran player of Sonic the Hedgehog since the days of the Sega Genesis console during its generation of video game consoles and rivalry with Nintendo and Mario when it first started way back in the 1980s-1990s when I was born. As of today, I play any Sonic the Hedgehog games for the Nintendo GameCube, Microsoft Xbox, and Sony PlayStation 2, 3, & 4, but I've also starting playing the likes of Sonic Forces on the PlayStation 4, and it has become one of my favorite Sonic games as of late, at least for the 2010's until Sonic's first title for the 2020's comes out and I hear the feedback on it from the gaming community.

My favorite Sonic games are Sonic Adventure DX: Director's Cut, Shadow the Hedgehog, Sonic 2006, Sonic Unleashed, Sonic Forces, and the Sonic Mega Collection (Plus). Being able to play Sonic 3 & Knuckles and the older Sonic games again is worth being able to avoid what could happen to the save data on the old Sega Genesis cartridges from wear and tear over time, which, of course, is having the data become corrupted and unable to be salvaged so I have to start over from scratch and inevitably lose that data as well.

I haven't been able to make much progress with the Chao Gardens on Sonic Adventure DX due to lack of interest lately with grinding for animals and rings for a few years since I first started playing it due to being interested in other games since then, especially some of Sonic's more recent titles. Same for the emblems, but with a little time and patience, I'll be able to turn one of my Chao into an immortal Chaos Chao and be one step closer to having a well-balanced Chao for the Chao Races, especially for the emblems that can be earned from winning the Jewel Races, but it will take some time when I'm not busy with my other games, especially unlocking trophies on them, including Sonic Forces with both the vanilla game and Episode Shadow downloadable content, or just enjoying it overall after getting all the trophies unlocked and playing with my Avatars. Plus there is the matter of finding the right animals to build up the stats so I can get them all S-Rank before going for a Chaos Chao, which may take a lot of time, patience, and concentration, even if I go for other emblems and the mission mode as well in the meantime before turning back to the Chao Gardens.

I've also recently seen the Sonic movie, and was very impressed with it, along with the hint of a sequel if things work out for it and with Jim Carrey after his portrayal of Doctor Eggman/Doctor Robotnik. I hope it happens and we get news of it soon.

Of course, besides Sonic, I also play the likes of Command & Conquer, Call of Duty, Kingdom Hearts, StarCraft, Dynasty Warriors, Legend of Zelda, Need for Speed, Pokemon, and Halo, along with Team Fortress 2, Left 4 Dead, Disneyland Adventures, and Garry's Mod on Steam. I've recently added Splatoon 2, Skyrim, and Fallout 76 to that list as well, even after Splatfests have ended on Splatoon 2, or not as of late, and I still deal with a few bugs Bethesda is trying their very best to fix in both Skyrim and Fallout 76 as of late and probably will at least get fixed in later patches and updates due to wanting to push their latest titles in Fallout and The Elder Scrolls to their public as soon as they can, including downloadable content, which does help fix some of those bugs as things go on, even if it causes some new ones in the process or cause some old ones to pop up again.

I also have my certification in First Aid and CPR due to having taken and passed a course on them during my final semester at college.

I hope I can do my very best to contribute to the Sonic News Network and show just how loyal I am to my favorite, speedy, blue hedgehog and his friends.

I have my new computer now, and it is serving me well these last several months, but I do know that, at some point, I will have to get it replaced or repaired when it breaks down finally, but I'll make sure I'm ready when that time comes to either get a new model or hardware so I don't lose too much progress on things and my games run a lot better with the improved hardware.

Retrieved from "https://sonic.fandom.com/wiki/User:SonictheHedgehog1245?oldid=2266916"
Community content is available under CC-BY-SA unless otherwise noted.