...and he in no way stole this concept from the Admiral

(Refer to the Joker quote at the top)

(Coincides with the previous userbox)

(Again refer to the previous two)

(Creator of the Namesiw & EXP cross-over)

(I kid you not, this is getting ridiculous)

(SEGA did not create Sally)

(I'm the #1 supporter of this. Thanks to Cloudthehedgehog12 for making this)

<==Made that myself, too

(Sir Dagonet at your service)

<==Made that myself, too

(Blue wisps have sharp minds and are very good leaders. Whenever they decide to do something big, they are almost always successful. They also enjoy stacking each other) 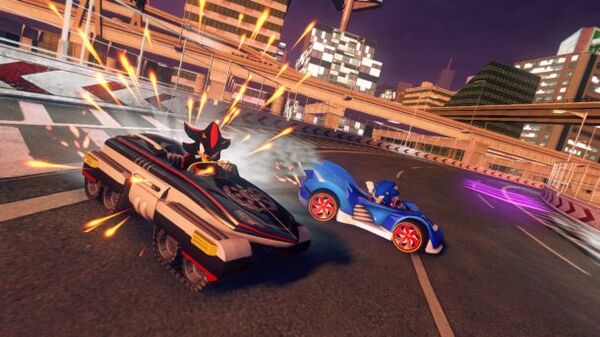 I was hoping Shadow would still have his motorcycle and it would transform into a jetski and a jetbike, but that's cool too, I guess...

Let's say I consider myself to be Sonic (completely hypothetical), these users would be these characters:

Amy Rose = Sonicrox14 Not implying she's in love with me or anything, I'm just saying that she thinks I'm awesome whereas I don't

Tikal The Echidna = Tikal411 Because she said so

Mario = Supermorff I refuse to say why

This section is subject to updates.

His team members, math, Shadow The Hedgehog, EXP The Experimental Being, Mikee The Echidna

Being called a lizard, among other things

Check the side...thingy...to see a bunch of information about my fan character, Namesiw.

Welcome to my room, you may know it by another name. So you know, there's more to my collection than what is depicted, and more pictures are on their way.

My room doesn't have proper lighting in this section

Retrieved from "https://sonic.fandom.com/wiki/User:SalaComMander?oldid=2062952"
Community content is available under CC-BY-SA unless otherwise noted.