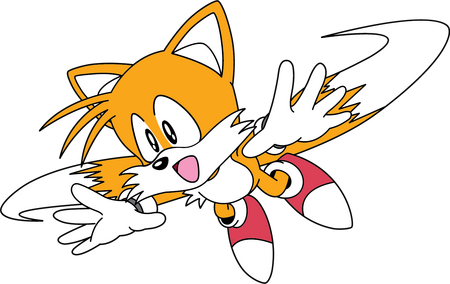 Hello people of SNN. I am psyche the hedgehog 1997 (just call me psyche). I am a user on this wiki and joined to share my knowledge of the sonic francise and to talk to other fans and see what they think about various aspects of the franchise. I like to make blogs asking about such things. I'm generaly a nice guy and can be friends with just about anybody.

1: Knux: An all around awesome character, I love how his history was explored in the Archie Comics

2: Scourge/Anti Sonic: Awesome because he was made when the Archie Comics went where very few continuities dare to tread; an alternate universe filled with evil versions of everybody

3: Tails: GREATEST NERD EVER! I love tails because he is a fox (my fav animal), a genius, and a downright loveable character

1: Shade: I find the fact that she went against all she knew to do what she truly thought was right was quite amazing.

3: Sally Acorn: She's brave, noble, honest, and great to her friends. She's willing to sacrifice anything.

'1: E-123 Omega': probably one of the greatest robots ever, his craving to destroy all Eggman Robots makes him an interesting character to watch.

2: Gemerl: I don't think anyone can honestly say that they didn't love Emerl. When he got re-incarnated was awesome.

3: (to scare some people I know) Tails Doll: I don't know how anyone can be scared of this guy. He's just so CUTE!

Dreams of an Absolution (Origional) 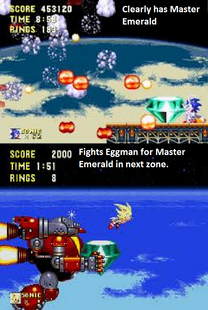 Does this make no sense to anyone else?
Add a photo to this gallery

Silver, Blaze, Tacos, Helping his friends, Looking at the stars on clear nights

Telepathy Trap, spin attack
This part of my userpage is dedicated to Psyche. Psyche is a Fan-Character of my own design. Psyche also serves as my "fursona"

While on this wiki I saw the interesting and creative Fan Characters that other users have made and so tried to make one of my own. I had figured out the abilities and history but I was struggling to come up with a design, then I realized I had long ago. I remembered that I had made a recolour of one of Sonic 's Brawl poses with my DS (and realy that's pretty much all FCs are). I then ironed out the appearance and details and Psyche the Hedgehog was born. On advice from Splash the hedgehog I decided to give Psyche a slight redesign, I gave him goggles.

Pysically Psyche resembles Sonic, this is probbably because Psyche is Sonic's descendant (Though neither of them know this). Except Psyche has red quills which stand out straighter than Sonic's. He has green eyes and his skin is sky blue. He wears blue spatial armbands given to him by Silver to prevent him from being erased from history by Silver's constant trips to the past.

Psyche was born into a family that lived in silver's future . Psyche was happy with his family and older sister. One day when Psyche was still just a baby, his family fell victim to Iblis' rampage. Just when Iblis was about to kill Psyche, he was saved by the timely appearance of Silver the Hedgehog.

Silver later discovered that Psyche had impressive psychic abilities, and so decided to train him to master it. The power of telepathy came easily to Psyche, Silver was also able to train him to use psychokinisis. Psyche also helped out during Iblis' frequent rampages. During one however Psyche was injured and Silver was unable to help him in time, he was luckily saved by Blaze the cat. Together they beat back Iblis yet again. After the battle they all introguced themslves. Psyche, impressed by Blaze's battle skill asked if she could train him in pyrokinisis, a request which she granted. The three later became fast friends.

Psyche was absent during the events of Sonic '06 because when Mephiles the Dark traveled to his time, to make way for the time traveler someone had to be displaced to limbo. Unfortunately that someone... was Psyche.

When he emerged from Limbo Psyche found Iblis gone and a new creature was rampaging, The Ifrit. He wanted to travel back in time with silver but he said it was too dangerous and told Psyche to stay.

Silver and Blaze went to visit Sonic and the others. When they didn't return Psyche read that a green hedgehog returned to Sonic's time and raveged it, Silver and Blaze with it. Psyche travelled  to Sonic's time in a beam of light and set out to find out if he was in the right time. After seeing Sonic -who asked to know who he was- he stopped sonic in his tracks with his power of "telepathy trap" and sped off. Psyche later found an abandonned base and decided to set up shop. He used his laptop do find his target: Sourge the Hedgehog. upon noting that he looked like Sonic he quickly remembered that he forgot about Sonic. He then released sonic from the telepathy trap. He later found a conveiently placed pair of starposts and went through them into the No Zone where he was aprehended by Zonic the Zone Cop. Upon mentioning Scourge's name Zonic instantly jumped to the conclusion that Scourge was up to something evil and teleported them both to Moebius. After Psyche accused Scourge of being "the one who's gonna destroy the future." He used his telepathy to figure out that Scourge was in fact not the one he was looking for. Zonic -annoyed with Psyche- returned him to Mobius Prime. Upon his return, Psyche was confronted by Sonic. Psyche realised that he had no choice, decided to tell Sonic and his friends everything. He told Sonic, Tails, and Knuckles why he came to their time. Upon hearing an explosion they rushed off. They quickly attacked a crazed Ashura , who initiated a Super transformation into Super Ashura, who proceeded to strangle Psyche. Psyche and his friends quickly turned the tables, eliminating Ashura. Psyche then proceeded to leave Sonic's time with the promise that he'd be back.

Psyche appeared in "Big Trouble on Little Planet". He first appeared telling Blaze and Silver abouta planet that appeared. He went with them to the planet and was about to telleport them to the past when Sonic, Tails, and Knuckles appeared. He later assisted in a battle against Wechidna. He split up along with Sonic to Stardust Speedway and refereed a race between Sonic and Metal Sonic. He then assisted in a mass Chronos Control to send the heroes to the present.

Psyche is quite mature for his age and makes decisions quite sensibly. He tries to be a good friend to people but can sometimes  come off as annoying. He is somewhat niaeve and often assumes the best in people. Though he can use his telepathy to tell if someone is really a friend he sometimes forgets to.

Psyche possesses powerful psychic abilities which he can channel into various powers. The powers of telepathy came naturally to Psyche. Silver later trained him in the powers of psychokenesis. After meeting Blaze she trained him to use Pyrokenesis. Psyche's greatest power lies in his "telepathy trap" power. When using this power Psyche uses his powers of telepathy to connect with the target's conciousness and completely occupy it with the world inside his/her mind. While the target's mind is occupied they can't tell their body to do anything else. Think of it like when you open way too many computer programs at once and your computer freezes up, that's basically what happens. Of course if Psyche were to keep them trapped for too long they could eventually figure out what's happening and break free.

This sheet is not complete yet. But is complete enough for what it has to do. 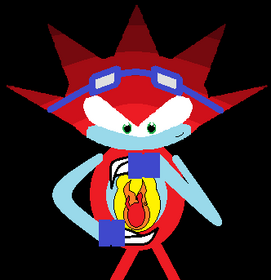 Artwork of Psyche made for "Art Contest 2.0"
Add a photo to this gallery
Retrieved from "https://sonic.fandom.com/wiki/User:Psyche_the_Hedgehog_1997?oldid=2063224"
Community content is available under CC-BY-SA unless otherwise noted.