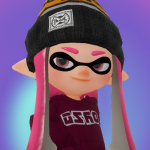 If the up there wasn't obvious, I've chosen to leave.

With the history and the rest of it, I'll keep it there for memories and an explanation. But here's why.

I'm just so busy. Plus, I feel this wiki doesn't need me anymore.

Not that I feel I'm worthless or anything, or that I have given up on the Sonic franchise, but this place has most of the info you need anyway.

I initially tried to return in November of 2013 but I only came sporadically. Truth is, I'm balancing several communities at once, so I'm pretty inactive on Wikia because of it. I still love wikia, and I'll edit as much as I can elsewhere when I find time. But here, I'm done.

I have to owe this place alot, because without it, I would have never learned to understand the internet properly without them teaching me that very big lesson I learned. There are some great users here, old and new, and maybe you know who you, or they are.

To the ones that were my friends, thank you.

If I ever come back on here and notice a mistake or something, I'll edit. I'm not just gonna remain in the shadows like to leave you all the work. But I'm, as you're pretty aware, totally inactive.

Now here's my memorium of old junk for you to look at.

History of my Internet life from SNN and others

First of all, I joined SNN in 2011, after I recently turned 13 (the legal age to join Wikia), and I had alot of fun in this place. However, I had an instance where I lost SNN for a while.

July 2012. Bullet and Fly were talking about something to do with Sonic being a pony. I raged at them on this here profile, going even further with this whole place on Yt and others. It didn't end well, and left me crying in tears.

I was alone for months. I got lonely, until I met a Youtube user named Starman3 (known on this wiki as YTRStarman3) and I managed to join his group YTR (Youtube Rangers) and become good friends of him.

It took me months, and I thought of this place constantly. I made 2 Youtube videos of this place in the new SM64 community I joined.

However, looking at the screenshots I had and remembering what I had done bothered me so much. Some afternoons, I wondered if I could ever say sorry, especially with what Fly said on my demotion, it upset me very much.

I realise why everyone had a low trust, and during the time I discovered YTR and left this place, I strived to change. I strived to not force avis, and respect opinions, which was hard for me, but it happened. l did it on order for me to join YTR (in my mind conditions) and I did it.

Slowly, I gained courage to join back, and when Starman3 helped me say sorry, I finally did and I'm back.

However SM3 was mean to me shortly after I returned, so I'm only averagely on here, when I can remember this place exists. I have a tab open in firefox for it but I can never pay attention.

Hello, it's me, Pinkolol16. I am an editor who has had a very crazy internet life. I love Sonic, Pokemon and Mario and try to own current games as much as I can.

I also make Yt videos of a bunch of SM64 characters because of the YTR community being part of the SM64 machinima community, where we make videos with our colour codes, which is an alteration of the colours of mario in SM64 through the use of a GS code. That's basically what you see in my avatar. My colour code.

I'll try and keep this wiki safe, watching the wiki activity. See, I live in Australia, NSW (not saying anymore) so many people who come here usually are at a different timezone to me. I'm mostly a day ahead of everyone until like, a certain time hits. I can do the calculations in my head for the east side of America to my time now so that's a plus (and then just minusing for any other timezone in the same country)

Those are the places where I'm at. On Skype however, I'm very busy with the other group I'm in (a special group of some of the members, because they became my close friends) so I may not answer calls. However, I'll be content to chat.

I may not come on SNN chat except weekends and holidays because of my changed schedule. I also may not pay attention to the wiki activity as in the past due to the fact I'm helping create another wiki from the ground up. However, I will still come here and talk if you want to start anything on, say, my talk page.

However, if I don't come on at all, I may be making a video. If not that, then again, I may be very busy.

Most games I own are Australian, but some are American. System will also be mentioned and if in a rom, I will state so. My cheat card allows cheats from games released 2004-2007 so I'll classify which games. If there's nothing, I just played/am playing the normal game.

Just getting into systems before games.

(If it is not marked with a bracket of sorts indicating region, it's most likely Australian)

I probably got these games when I was just starting games out. Or if not then, for special reasons.

Retrieved from "https://sonic.fandom.com/wiki/User:Pinkolol16?oldid=1465881"
Community content is available under CC-BY-SA unless otherwise noted.