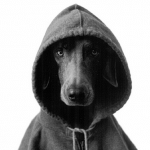 Hello there, person who found my userpage. The name's Noodlecoon, formerly known as "Needlemouse" from 2009 to 2015. I'm what you might call a "Wiki Veteran". I've been coming around here since 2009, so I've been a proud user on Sonic News Network for almost ten years now (with over 3,000 edits to boot; my record high for any edit count anywhere on Wikia!). And now some basic stuff you might like to hear: my favorite AoStH episode is Robotnikland; my favorite Sonic SatAM episode is Hooked on Sonics; and my favorite movie is Rango.

Some places where you can find me outside of Wikia.

A list of all of my awesome friends that I've had over the years.

Ultimatedude127 (My best friend, has stuck with me through thick and thin, but he doesn't come here anymore; we now talk mainly through Discord.)

Mighty the Hedgefox (An awesome friend I knew long ago. Hope life's working out alright for ya, Mighty!)

Sacorguy79 (A pretty nice guy I knew from back in my early days.)

BlackFelineDarkness (A friend of mine from dA!)

Sonicrox14 (A great user and admin who just sorta disappeared one day and now only ever gets on once in a blue moon. What ever became of you and your Sonic Heroes 2 game, Shelly?)

Ty Rezac (He's still active occasionally on other wikis, but doesn't come here much anymore. I made a talkbubble for him.)

GM Tails (A friend of mine who was kind of infamous for a time and then disappeared.)

Tornado The Hedgehog (Mighty's little brother who has also left.)

AmyRose14 (A fellow SonAmy supporter; she's disappeared and hasn't been seen since 2011.)

User:Pinkyrue (A newer friend of mine.)

A list of the people whom I've been acquainted with, but have never really called me friend or vice versa.

Sonictoast (I don't know whether he considers me a friend or not. We usually discuss Sonic action figures, and he was one of the people who first welcomed me here.)

~Flare (Still active here, once asked to be my friend long ago; we don't talk that often, though.)

Shadowunleashed13 (Fun guy to talk to.)

SuperMetalSonic2 (Just sort of asked to be my friend and then disappeared.)

A bunch of old Sonic fan pages I made back in 2010 that I barely even look at anymore.

Dr. Robotnik's Or Else Protection Service

What Are We Waiting For?

Thank You For Being You

A list of all the Sonic games in my possession.

A gallery of various pictures from over the years; some made by me, others made by friends of mine.

WARNING: Old cringe ahead. Enter at your own risk.

Metal Eric was made just before the Robotic Apocalypse. The emoticon on his shirt is stuck at "Murderous Rage".

A recolor of the SADX target practice Tails Doll.

The Frog's Gift of Win. I used to give this as a thanks to my friends for helping me accomplish something. Kind of gone to the wayside nowadays.

Eric as he would appear in Eric the Hedgehog: Rise of Metal Sonic and Ricky the Wisp: Dark Spirits Unleashed. 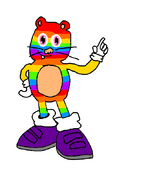 Dewey the Hamster, a fancharacter I designed for Super Guy 100.

A Sonic Riders sprite of Eric. Credit to Tornado the Hedgehog. 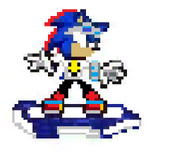 Another Sprite of Eric in Sonic Riders. Credit to Tornado the Hedgehog.

Eric the Hedgehog Sprite that I made.

Good GIF, but I'm ashamed of the original message that once graced this picture in my gallery; all I can say is I sure have grown since 2010. 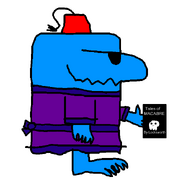 Locksworth the Storyteller. He mostly reads macabre or things such as Paradise Lost, or The Divine Comedy. He talks with an Peter Lorre type accent. Locksworth is also a Justice of the Peace.

The Angry Video Game Nerd. I edited this picture.

Prolly one of my favorite moments from AoStH, and Robotnik's greatest "oh crap" moment. 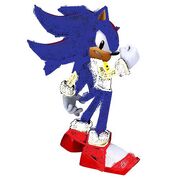 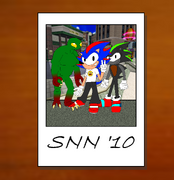 My entry for Sacorguy's art contest!

Oh dear God, what have I done?
NeedleDoesNaugus.ogg
Me impersonating Naugus. 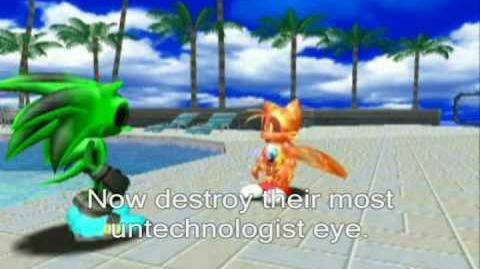 Sonic Adventure DX Reversed (WITH SUBTITLES)
One of my favorite Sonic videos. Why? Just watch.

Heavy mech sprites I made back in the day.

My (old) attempt at making a picture meme. It was popular for a short time, but it died quite quickly.
Add a photo to this gallery
Retrieved from "https://sonic.fandom.com/wiki/User:Noodlecoon?oldid=2206701"
Community content is available under CC-BY-SA unless otherwise noted.