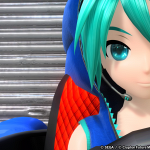 To make a long story short, I'm basically a long time FANDOM user with 62,710 edits who mainly edits at Sonic News Network since 2012 ago but as an "aged Wiki user", I may not be around as frequent as before.

I like playing video games (and obviously I'm a long time fan of Sonic the Hedgehog) and other than that there's not much about me.

Links I care a lot about

Retrieved from "https://sonic.fandom.com/wiki/User:Mystic_Orb?oldid=2184344"
Community content is available under CC-BY-SA unless otherwise noted.