For the Sonic Fan Character (as well as other characters that relate to him), go to Mystic Monkey (fan character) on Sonic Fanon Wiki. 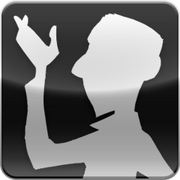 I am 33 years old and I live in UK. My family had a Sega Master System II where I remember Alex Kidd in Miracle World being the first game I ever played. We eventually got a Mega Drive way back in the 90s so I was around when Sonic 1 hit the shelves and been a fan of the franchise ever since. I'm the forum moderator here on SNN but I also do other admin duties.

It is a dream of mine to be able to make computer games all by myself and become a big shot in making games, perhaps be the next Takashi Iizuka or Shigeru Miyamoto someday. Sadly at my age and pace in life, it appears the window of oppotunity to be that awesome is closing on my life.

My current projects are an unnamed Sonic fan game. I haven't settled on a name but it will be a 3D adventure game plaid out like Classic era of games, where you go through one zone after another.

The idea of the project is to learn how to make a Sonic game as I go along and hopefully develop the experiance I need to make my Ultimate Sonic fan game someday,

Ultimate Sonic is on indefinate hiatus until I learn how to make a Sonic fan game with Unity.

My other side projects is my Team Fortress 2 map which I'm nearly close to finishing. I say "nearly" because while I fairly recently required the textures to finish the map with, I can't figure out how to make Hammer use them so I may still be stumped on it for a long time. The map in question is a King of the Hill map of Green Hill Zone. If done well may make a Capture the Flag variant.

If anyone who knows how to use Hammer Editor and can help me, please message me on my Wall. I could really use the help.

Grand Kingdom (of Sonic's world, not the Storybook version)

Mystic Monkey is a Sonic fan characters based from the main Sonic the Hedgehog games. He hails from Forest Zone, located in what would be Sonic's world version of Grand Kingdom. He is one of many Sonic's fans and even dresses like him.

Inspired by Sonic's adventures, he wanted to adventure across the world and even be a hero against the Eggman Empire. Mystic understands he is without any form of protection such as Sonic's sharp hairstyle or Knuckles powerful fists, however he does have a genuine sword in which he practiced with.

A Sword Master noticed and found interest in the monkey and agreed to teach him the way of the blade. Through him Mystic became better at swordsmanship that he was able to perform skills comparable to Sonic's agility. However despite his skills, his mum refused to let him out into the open world.

Mystics life as a hero started when Nack the Weasel came to Forest Zone in seeking the Secace, a valuble treasure that survived the ancient times. Finding it as the weapon of the Sword Master, he killed him (it wasn't a Popgun Nack had but a revolver which obviously trumps sword) and took the sword. Mystic vowed to avenge his teacher and against his mothers wishes, left Grand Kingdom to pursuit Nack.

Mystic eventually defeated Nack and returned hime with the sword. His mother angry that he left, but reluctantly agrees that Mystic is capable for his adventures. (She now lives in Green Hill Zone, a beautiful sea side home paid for from all the rings Mystic collected through out his adventures.)

Mystic is a bit of a vagabond and goes where he please and enjoys adventure. He has leadership qualities mostly goes out for his own adventures. His rings he collects mostly goes to his mothers well being who lives near the shores of Green Hill Zone. He meets many friends on his adventures, some recognisable from the games, other fellow fan characters like him.

The game continuality is the fandom I strongly believe in than all the other branches. This is because that despite it not having much of a plot thats not a game, it is still what I consider actual Sonic.

These are all the Sonic games and DVDs I own:

None yet, but hoping to get Sonic Shuffle

List of articles I made (under their original names for commemoration.)

Other wiki's I work with.

Retrieved from "https://sonic.fandom.com/wiki/User:Mystic_Monkey?oldid=2311420"
Community content is available under CC-BY-SA unless otherwise noted.