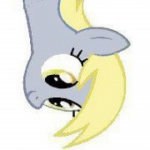 I am on DeviantArt! My DA: icanhasdino

My best friend ever: xFollowmyrainbowx, or Tatiana the Dark :3 (btw Tati that's my youtube name >.<)

FIND ME ON OTHER WIKIS! :D

I'm a sore loser who spends her time drawing Sonic, anime kawaii desu and MLP:FiM, writing both fanfictions and original fictions, plays video games, crying over her otps, or going to dance class.

My favorite part of Sonic is that there's a lot of characters.

Throughout the series, there's the good and the bad (*cough Chris Thorndyke cough*), and these are the ones I'd say should be classified as "good."

I want to point out that I don't like Chris because of his annoying voice, and the fact that he literally STOLE Tails's spot. It's useless and I would have liked Sonic X much more if he magically died and I never would have to hear that prissy voice again.

In order of the mane six:

Sonic Games I Own

I call the group below Team Omochao because screw logic. They named themselves after an annoying robot, okay?

Mimi the Hedgehog- My main Sonic FC, she's a hedgehog who has accumulated her skills and agility from years of parkour. She learned how to free run and do parkour when she was young. She used to live on a farm with Tatiana, her parents, her older twin sisters and her older brother.

She is pretty tough, and refuses to show fear because she doesn't want to sound weak. She's fairly independent, but she will gladly work with others if needed.

She's kind of stubborn and tough when you first meet her, but once you become aquaintances with her, she'll begin to act nicer around you and start playing with you. If you're her friend, she's actually quite cheerful and bubbly.

Tatiana the Dark- LOLNOPE SHE'S NOT MIEN SHE'S Xfollowmyrainbowx's I JUST DRAW HER FOR FMR BECAUSE WE'RE FRIENDS AND STUFF :3

Onyx the Cat- Onyx is a very shy cat. She usually spends her time at home or playing with her doll, which she carries around so she never has to be alone. She's 14, and became friends with Mimi and Tatiana when Mimi was fighting Talia and Aeris in Station Square. Tatiana had gotten hurt and Mimi had to help her, leaving herself in danger. Onyx had helped by throwing her doll at Talia, who crashed into Aeris. It distracted the twins long enough for Mimi to get Tatiana to a safe spot and come back. When Mimi did come back, she asked Onyx to help her fight the demon twins. She gladly accepted and moved into an apartment near Mimi and Tatiana's home.

Aaylin the Arctic Fox- Aaylin enjoys snow. And by enjoy I REALLY mean enjoy. She doesn't have any seasonal changing powers, but sometimes she really wish she did.

Her fur changes color as the seasons pass. When it's winter, she's pure white, but when it's summer, her fur turns a beige-ish color.

Retrieved from "https://sonic.fandom.com/wiki/User:MimitheHedgehog:3?oldid=1011602"
Community content is available under CC-BY-SA unless otherwise noted.