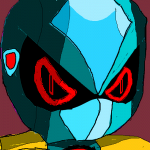 Hello, I am Megaphantaze, self-referred as Blaze The Cat Researcher because I spent part of my time learning everything about Blaze and her stuff. Occasionally I also edit things here if I find something.

Sonic games I own

Metal Sonic (Hate/love-relationship to him)

Retrieved from "https://sonic.fandom.com/wiki/User:Megaphantaze?oldid=2220159"
Community content is available under CC-BY-SA unless otherwise noted.