Ok where to start? Ok, I'm a 23 year old male with Asperger's living in New Zealand as a farm worker hoping to get a full time job as a best selling author (mainly writing sci-fi, action or fantasy novels). I'm nearly 7 foot tall, full of Heart, into games, movies, comics, art, comedy, girls and I'm as gentle as a fantail, if you show me respect that is. But if you follow the rules of this wiki and not step out of line here, then you and me mate, we'll be really choice friends!

Now I've been a large fan of the Sonic franchise since the early 2000's at the age of 8 with my first ever Sonic game being Sonic Heroes and have vowed to collect almost everything Sonic releases. I mostly follow the Archie comics when Sonic games are short. I have been reading the comic since as early 2006 at age 11 and full time when I was 13. Life for me as a Sonic fan has been filled with joy and happiness through my years growing up and I say I'd drink to that!

If you want to know more about an old extinct shark like me, feel free to message me. Or catch me in the forums now and then. I don't bite, much.

I look forward to meeting you...

Human, Caucasian (Often dreams of being a shark), Wolf (For Sonic Forces)

Here are two lists of my favourite characters in the Sonic franchise. Dotted in categories of Male to Female:

Friends on this Wiki

Those who have grown close to me over time. If you made it onto this board, Congratulations! (You can add yourself if you want, but please be sensible) 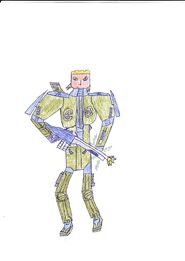 A very old drawing of Danny Carter. My OC Character. 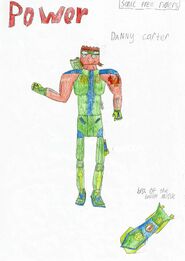 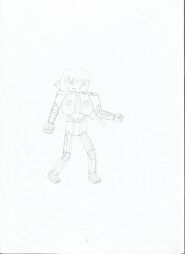 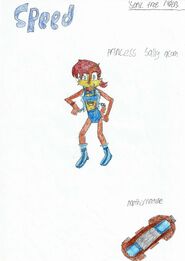 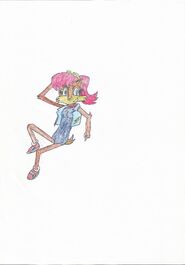 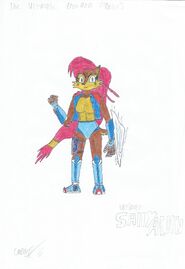 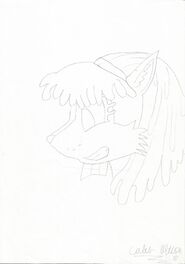 Sketch of Lyco Wolf I did at age 15 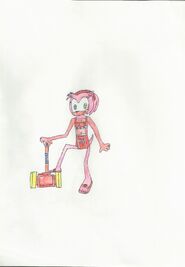 Amy Rose in a bikini 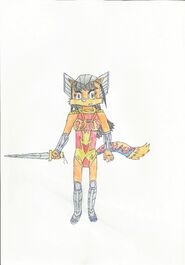 Artist impression of myself... Nearly. But look at my hair! 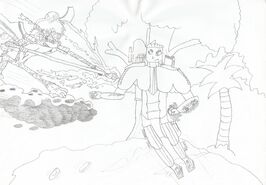 Danny Carter VS Monkey Kahn
Add a photo to this gallery
Retrieved from "https://sonic.fandom.com/wiki/User:Megalodon_Commando?oldid=2137176"
Community content is available under CC-BY-SA unless otherwise noted.