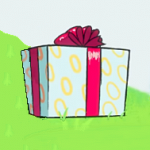 How did I get here?

I've been here since trying to research Zazz on the internet since his debut appearance on Sonic Forces: Speed Battle. I eventually discovered on here that he was in Sonic: Lost World. After watching the cutscenes I fell in love with Tails' wonderful voicework (which was done at the time by Kate Higgins). That was when I got more and more interested in watching more Sonic stuff.

I eventually discovered on Youtube the Robots From the Sky Series from Sonic Boom and after watching it have become a fan of the TV franchise since coming on the wiki. After looking up the episodes, I found the transcripts segment, and noticed several red links on them (The table can be seen below). I've completed several of them during the August/September "Storm Badge" period. That was a nice motivational challenge in which I've somehow succeeded on, although there were a few hiccups along the way. I couldn't tolerate every character or element of the show, most notably the Comedy Chimp Show. In a general sense, anything with group laughter puts me off, unless it happens to be right at the very end of the episode (e.g. 57, 63 and 89). That's the reason why all the red links in the current table happen to remain red, and this is where I need your help. All the others I was able to cope with though I had lots of fun, and am very proud of the work I've produced in a relatively short space of time. Continuing on the positives: My favourite episode is Lair On Lockdown and my favourite character is Eggman.

This was what the table used to look like before August 2018.

Retrieved from "https://sonic.fandom.com/wiki/User:Kettlon?oldid=2208367"
Community content is available under CC-BY-SA unless otherwise noted.