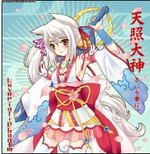 Hi everyone,I need no intro sense you already saw my name.I"ve been a fan of Sonic as long as I can remember and I would like to show my drawings to SEGA or work with them someday.Im 21 years old,born in Salsbury,NC,my birthdate is 2/21/89,so you could say Im Sonic"s oldest fan.I played Sonic 1, 2, and 3 on Dreamcast,but at the time I didn"t know there were others after those.Years later I got Sonic Heroes on PS2 and I played my sister"s Sonic Advance 3 on GBA.I watched Sonic X since the 1st showing,I also record some shows of it.Then later my sis got Shadow the Hedgehog game,so I played that too,I also play Sonic Rush and Sonic Riders and one time I went to the beach with my family and got some colorful rocks,so I named them after each character I know.And I celabrate the characters B-day by holding the rock I named in my pocket and playing a Sonic game with that character in it.Anyway,I once rented Sonic Adventure and beaten it,I also play Sonic Riders:Zero Gravity,Sonic Rush Adventure,Sonic Unleashed,Sonic Chronicles and Sonic Collection Game Plus,and I also played my sisters Mario and Sonic at the Olympic Games.I have a Sonic and Super Shadow figres as well and the games I would like to play are the two stroybook games that are on Wii which I 'don"t have yet or NIGHTS game.I like all the characters as well as Silver ,but I do hate the bad 'guy,and really evil guys.Three days ago I got a Sonic the Werehog figre and I forgot to mentoin that I have Sonic Underground and Sonic the Hedgehog and Chaos Emeralds. I got a Tails toy a few weeks ago.Yesterday I got a Sonic plush.For Christmas,I got or SatAM on DVD.Today I got a Sir Sonic of the Wii game with his sword Caliburn from my parents for all my hard work.I now have a mini Knuckles and Sonic toys with a comic.I made a baby clay figure of my seedrian Lukio and still working of the doll of her and I also made Sparky the Dog for my baby bro when he was born,but now he"s grown 'tried of him ,so I took him back,but only until he"s really upset''. 'I' forgot to mention that I made a traveling bag in sewing class with the colors blue and purple to repercent Sonic and Blaze from Sonic Rush and I had they"re name emborred in rainbow colors like the Sol Sonic and the Secret  Ring,Nights:Journey of Dreams,Mario and Sonic at the Winter Games,and my little sis gave me a real light blue crystal that looks like a real Chaos Emerald.Yesterday I went to the mall with my family and I got a Sonic and Rouge pins. Yesterday,my folks got me a Sega racing Amy and Sonic and The Black Knight game as last birthday persents.I forgot to mention that I got the Shadow,Knuckles,Tails,and Big kidsmeal games a long time ago.Last week,I went to the mall and bought a Sonic the Hedgehog t-shirt.A Couple of days ago I got a Sonic Sega racer as a reward.I got a Knuckles figure when I went with my family yesterday.I got a small Sonic and Amy toys when I went with my folks.I got a small Shadow figure and two Sonic Comics yesterday.I got a Cream the Rabbit doll from the Mall yesterday.Today I got three new sonic comics,a Espio and Vector toys and Super Sonic,Shadow and Silver toys with all seven Chaos Emeralds.Got Sonic Colors on Wii and another Sonic Underground DVD for Christmas.Today I got a Big and Froggy figures and a new comic.Got Sonic Colors figures and a new comic.Got a pair of Sonic slippers for my birthday.I got a Jet the Hawk figure and another new comic.Today,I got 3 new Sonic comics and a Shadow and Silver figures during an outing with my family.I got the Sonic Super Special 1st issue comic magazine from my folks today.I got the London Olympics for Christsmas.Got two new Sonic comics and two new twos.I got another comic and 3 more sonic twos. I got the Sonic Super Special 2nd issue from my folks.

Ann thought hard,and said she only remembers that she was called Mouse,then Lune said Then that"s what we"ll call until you remember. At first,Mouse felt scared and alone,but her new friends made her feel more welcome,they even made a house for them to play in by the giant tree,but she only talked to them and avoid the rest of the village,and its been like that for some time until one night during the village"s yearly fastival,Mouse and her friends where playing in the village,when weird baboons in mask appered,scaring the villagers,the one tried to harm her friends,so she jump in and beaten it,seeing this,the other baboons came to fight and in seconds she beat them and they all fleed.

Retrieved from "https://sonic.fandom.com/wiki/User:Hikaruyami-having_fun*?oldid=2062948"
Community content is available under CC-BY-SA unless otherwise noted.