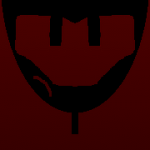 Almost any Spider-Man-related media since the mid-80's (and a lot before that); almost any Batman-related non-Kilmer, non-Clooney media since 1989 (and some before that); anything made by Chris Nolan, Paul Dini, or William Golding; the idea of mutants; exploration of the human mind; women; Dr. Pepper; language; muscle-building; most of the modern Sonic games; animation

Speed
Retrieved from "https://sonic.fandom.com/wiki/User:Exodvs?oldid=2063062"
Community content is available under CC-BY-SA unless otherwise noted.