Tyson Hesse first approached an editor of Archie Comics at one of the annual Comic Cons, presenting his fan comic, "Sonic's Big Fat Adventure". He was soon employed by the company to work on the Sonic the Hedgehog comic series.[1]

Hesse is notable for his work in the The Amazing World of Gumball and Bravest Warriors comic series. 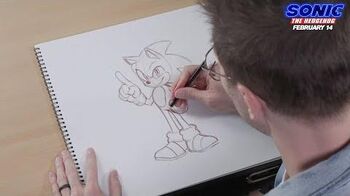