Twinkle Snow (トゥインクルスノー, Tuinkurusunō?) is the fifth Zone in Sonic Advance 3. It is one of the parts of the earth that Dr. Eggman created when he broke the planet apart with Chaos Control.

Twinkle Snow is an ice-themed Zone. The northern lights appear above the mountains in the background of this cold zone.

The heroes continue their journey to Twinkle Snow.

Minecarts offer a quick ride through portions of this Zone, along with ice machines that will suck up characters, then launch them in a frozen state (though freezing in this game is harmless). There are also platforms that the player can interact with by holding down on

to make it sink slowly (and will sink faster if both characters are crouching on it), then release to be catapulted into the air. Water is also present within all three Acts of this Zone, though it is mostly avoidable by taking a high route (this also helps avoid the bottomless pits); however, Act 2 has a mandatory water section near the end. The Zone is also littered with lots of wooden platforms.

Players should run straight off and watch out for the crushing block past the loop. A 1-Up is easily located near the first rail. Taking the top path(s) will completely avoid all water segments for this Act, though a lost Chao is located somewhere underwater. Players may also encounter a room with a horde of Yukigasen Badniks. One final rail cart ride will lead players to a straight path towards the goal.

This Act is quite similar to the previous one, but now water and mine carts are much more present. A path is located underwater that will actually have players backtrack a bit. Ultimately, most paths will lead to a Maximum Speed Item Box near a chasm of water. This is where players need to pass an underwater section to reach the goal. It is possible to avoid most of this section by locating a shortcut somewhere near the higher routes. A simple cart ride to a couple of Springs and a Hariisen will initially mark the end of this Act where the goal is located towards the right ledge.

This Act starts off rather intricate with three separate paths. The second to last pool of water bears an inescapable bottomless pit. Once again, water is sparsely used in this Act and the final pool bears a similar layout to Ocean Base's final pool. 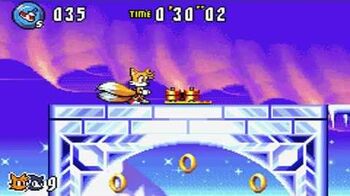 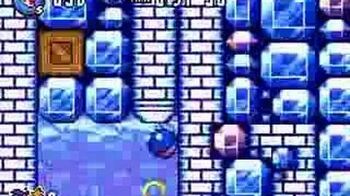 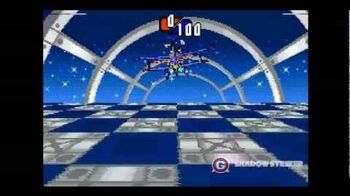