View source
watch 02:46
The Quarry - The Loop
Do you like this video?
Play Sound
Main Page Gallery

Tropical Resort, from the Nintendo 3DS version of Sonic Generations.

Tropical Resort (トロピカルリゾート, Toropikaru Rizōto?) is the seventh Stage in the Nintendo 3DS version of Sonic Generations. It originally appeared in Sonic Colors and is the final Stage of the Modern Era.

In Tropical Resort Act 1, the player is able to use the Red Burst by picking up Red Wisps from Wisp Capsules. As such, this Act features various gimmicks that support the Red Burst. These include explosive black Exploding Balloons that Classic Sonic can bounce on, ferris wheel-based catapults that can launch the Red Burst through midair and barriers, and floating fireballs that can recharge the player's Wisp Gauge.

In Tropical Resort Act 2, the player is able to use the Cyan Laser by picking up Cyan Wisps from Wisp Capsules. As such, this Act features Prisms that can redirect the Cyan Laser once it is fired and take Modern Sonic to higher routes.

Towards the end of the Act, the player has to ride a series of firework rockets in order to reach the Goal Plate at the top. 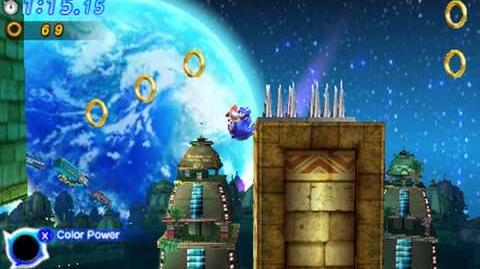 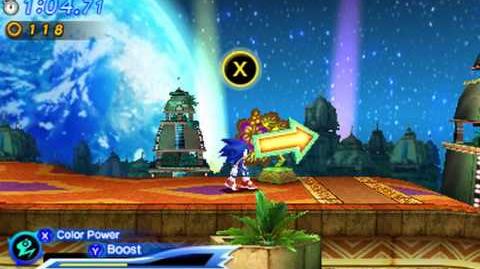