Town Mission 7: Destroy all Enemies in the New City!

Sonic must cut through the enemies to collect the three top-secret discs.

Town Mission 7: Destroy all Enemies in the New City! is the seventh Town Mission in Sonic's story in Sonic the Hedgehog (2006).

Badniks have appeared in New City, Soleanna and have stolen a disk containing classified data from Rimlight, a company which specializes in the energy produced by Light Cores. Sandro, a representative of Rimlight, asks Sonic to destroy the enemies and obtain the stolen disk before he is fired and the company is shut down.

A relatively easy mission, the player's task is to run through the city while destroying the robots along a particular path. Throughout the course, the player must find three sparkling, square-shaped disks lying around (they are usually guarded by large robots such as Egg Guardians) and collect each one of them. It is recommended to take advantage of the explosive crates when dealing with enemies, as they are especially useful for taking out swarms. The Town Mission is cleared when all robots have been defeated and all three disks have been gathered. 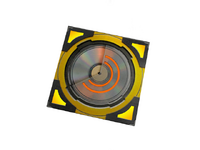