The recent influx of Dr. Eggman’s robots has put the local government on alert. These metal monsters mean harm to officials and their families. So, the player must protect Lord Regis’s daughter.

The mission takes place in Castle Town, Soleanna. A G.U.N. soldier informs Shadow that Dr. Eggman has set his sights on Lord Regis, Soleanna's governor, and that he may be after his daughter Sabrina as well. The soldier asks Shadow to act as Sabrina's bodyguard, fulfilling her requests and sheltering her from the danger of Eggman's robots.

This Town Mission is divided into three parts:

If the player fails any part of the Town Mission, it must be restarted from the beginning. The Town Mission will be cleared when every enemy has been defeated and Sabrina is still alive. 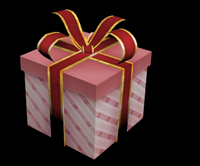