"The Shining Road" (光る道, Hikaru Michi?) is one of the ending theme songs for the Japanese version of Sonic X. It was used for the episodes "That's What Friends Are For" to "Defective Detectives" and again for the episodes "A Cosmic Call" to "So Long Sonic". During the show's original run, it was used from 6 July 2003 to 28 December 2003.

A shot of the city is shown late at night and the sun begins to rise. The scene changes to Sonic sitting on the edge of one of the buildings of the city watching the sun rise. Sonic is then seen walking through a mist in the park toward a tree. Looking closely, he can see Amy standing next to the tree giving a worried look. Sonic and Amy then stare at each other without saying a word. 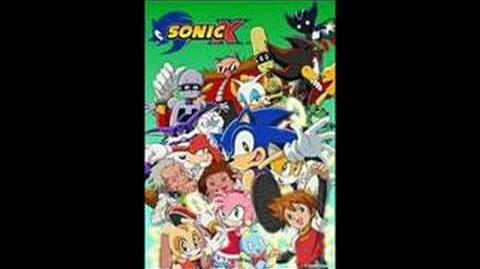