Shadow and Maria in The Doom, from Shadow the Hedgehog.

The Space Colony ARK. 50 years ago. That's right. This will remind you what the humans did to you. Never forget that horrifying image!

The Doom is one of the fourth Stages in Shadow the Hedgehog. It is reached by completing either the Normal mission of Cryptic Castle or the Dark mission of Prison Island.

Shadow wanders through the forest after his last mission, back to introspecting about his identity just as he did at the very beginning of the game. Once again, Black Doom manifests in front of the hedgehog, though this time with a more powerful illusion - the entire world melts away as Doom apparently delves into Shadow's memory, to produce a simulacrum of the events on the Space Colony ARK 50 years ago. Watching from afar as his past self flees through the corridors with Maria Robotnik with the squad of GUN soldiers hot on their tail, Shadow listens as Black Doom further instills thoughts of hatred against humanity into the black hedgehog's confused mind.

This entire level therefore seems to take the form of a flashback; Shadow remembering what he did during the GUN assault that shut down Project Shadow. Not free of moral choices even half a century ago, Shadow can defend the ARK by killing the GUN troops directly in the Dark route, spurred on by Doom's Eye (though whether Doom was physically there on the ARK 50 years ago, or is simply inserting himself into the memory to mess with Shadow's head, isn't clear), or do as Maria says and heal the injured ARK researchers by bringing healing units to them, or take the Normal route and simply escape with Maria as fast as possible.

Whichever course Shadow chooses, his and Maria's escape after the level is blocked by the GUN Heavy Dog boss.

The following weapons can be found in The Doom:

Behind the Secret Door is a switch that will open a case containing a single Ring. Upon collecting said Ring, the platform next to it will begin moving when Shadow stands on it. This allows access to a big shortcut that is very helpful with the Normal Mission.

At each Save Point, the player should have defeated the following amounts of GUN soldiers:

In this mission, the player will want to use speed, and that means as many shortcuts as possible. In the room with the second checkpoint, the player will want to activate the lift, and get the Grenade Launcher out of the GUN Container. This weapon is capable of destroying the cracked walls. The player should use the Grenade Launcher on the cracked wall below, destroy the GUN Trooper, and with its weapon, continue until they reach the long room with the two more GUN Troopers and fourth checkpoint. After, they need to go straight through the door. When the player reaches the fan room with the three GUN Troopers, they need to go right and down the slope. At the bottom of the slope, they should go through the cracked wall to the right, bounce off the three Gun Beetles to cross the gap, and go through the door to enter another fan room. From that fan room, the player should go to the left through the unlocked door. The player will wind up a room with a lift. They should ride the lifts all the way to the top, and in the final room, the player will reach the Goal Ring. If the player has avoided confrontation, the they should finish in less than three minutes and get an A ranking.

The Heal Units are usually close to the researchers they are intended for. Also, if unlocked, the Heal Cannon works just as well, if not better. If a Heal Unit is used on a GUN troop, they will stop attacking. It will also help Shadow fill the Hero gauge.

The ten Heal Units and researcher are in the following locations:

In The Doom's Expert Mode, the player has to rescue all the wounded researches. Despite this, all ten researchers are located in the room where the Goal Ring was in story mode, with there now being a Heal Unit right outside the door. Due to this, the Stage is not much different than the Normal mission in story mode, aside from a few harder enemies.

The boss of The Doom is the Heavy Dog, a G.U.N. battle vehicle. The guide for this battle is Doom's Eye.

Shadow's Homing Attack is required for the first part of the battle in order to destroy Heavy Dog's guns. After the first gun is destroyed, it becomes a usable 4-Shot RPG. This weapon allows multiple lock-on targets at once, with more ammunition coming from destroying more of Heavy Dog's weapons. 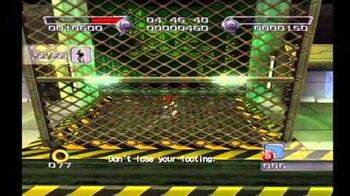 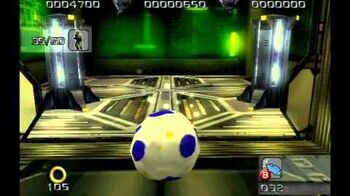 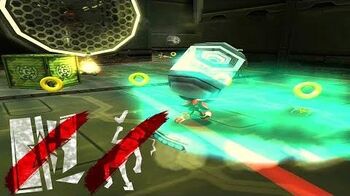 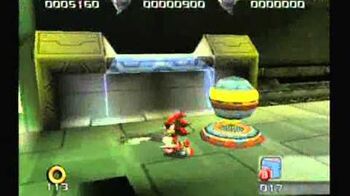