This article is about the Stage in Shadow the Hedgehog. For the space station, see Space Colony ARK.

Shadow in The ARK, from Shadow the Hedgehog.

Hidden inside the Space Colony ARK is the most powerful weapon, able to pierce stars. The seven Chaos Emeralds are needed to demonstrate its full power or tomorrow's prosperity ritual will all be for nothing.

The ARK is one of the fifth Stages in Shadow the Hedgehog. It is reached by completing the Dark mission of either Central City or The Doom.

This level can only be accessed by evil means; either by destroying Central City with the five blockbuster bombs or reliving Shadow's massacre of G.U.N. troops half a century ago in The Doom. Whichever method is used, Black Doom seems satisfied enough at Shadow's pure dark leanings to place him in the vanguard of the attack on the Space Colony ARK. Warping both of them into space, Doom orders Shadow to go ahead of the main army and take out the ARK's defensive matrix, thereby ensuring the Black Arms forces will have a clear path to the Eclipse Cannon.

The exterior of the ARK is choked with mechanical rubble, presumably shaken off the superstructure during the abortive colony drop at the end of Sonic Adventure 2. Making matters even more difficult is G.U.N., who is continuing their orbital defensive strategy; floating military robots and the ARK's own defenses also impede the Black Arms' progress. Shadow can either follow Doom's orders and clear a path, or bypass the defenses and fly into the space station alone.

Regardless as to which route Shadow takes, he must face G.U.N’s defensive mechanism: the Blue Falcon.

The following weapons can be found in The ARK:

The Secret Door, which is located just past the fifth Save Point, houses three 1-Ups.

The Defense Units are triangular-winged, slightly cone-shaped, and green. Either a Black Volt or a weapon can be used to destroy them.

Don't disembark from the Black Volt once on it. Just try to keep its health full, with there being two locations in the stage where it's health can be refilled.

The boss of The ARK is the Blue Falcon, a G.U.N. mech. The guide for this battle is Doom's Eye.

The player should grab the Pistol out of the weapon container and use the spring to reach the upper level. From here, attack the Blue Falcon's missile launchers, then use the dropped launchers when they are destroyed. 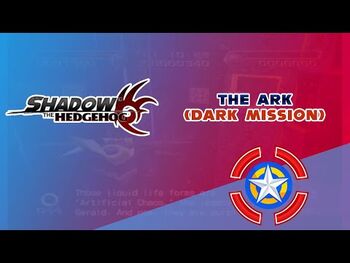 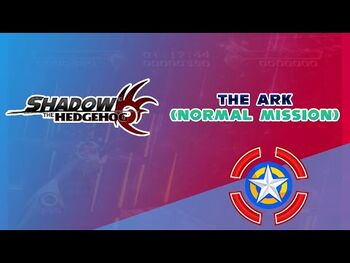 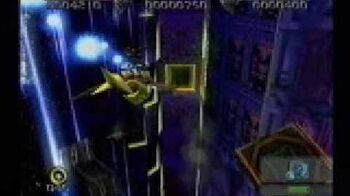