A description of Team Attack Amigo in Japanese.

A DLC level which the player controls the game's supporting playable characters.

Team Attack Amigo is a stage in Sonic the Hedgehog (2006). It is one of the downloadable levels in the game and was released on 20 February 2007 for Xbox 360 on the Xbox Live Marketplace in all regions[1] while the PlayStation 3 version was released in Asia at the same date and in European and PAL regions on 29 November 2007.[2]

In Team Attack Amigo, the player plays through a collection of the game's regular action stages as Miles "Tails" Prower, Blaze the Cat and E-123 Omega, with each stage being slightly modified from their original version to accompany each playable character's respective movesets. In each action stage, the player simply needs to reach the Goal Ring to proceed to the next action stage. As Tails, he plays through Crisis City, Radical Train and Kingdom Valley. Blaze will go through Tropical Jungle and Aquatic Base. Finally, Omega will play through Dusty Desert, White Acropolis and then battle the Egg-Genesis. Once defeated, the level will end.

The banner for Team Attack Amigo used in the Xbox Live Marketplace. 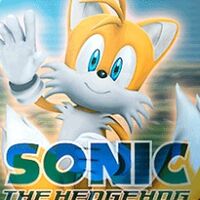 The banner of Team Attack Amigo used in the PlayStation Store.
Add a photo to this gallery

The Team Attack Amigo option in the Episode Select menu.
Add a photo to this gallery 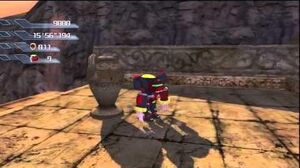