View source
watch 01:54
Arcane: League of Legends - The Loop
Do you like this video?
Play Sound
Main page GalleryTranscript

"Sunblock Solution" is the fortieth episode of the anime series, Sonic X as well as the the second episode in the Egg Moon Saga. It first aired on 4 January 2004 and 18 December 2004 in Japan and the United States respectively.

The episode starts on the Thorndyke yacht, where Sonic , Tails , Chris, Amy , Cream , Cheese , Vanilla , Ella and Mr. Tanaka are preparing for a new year by hailing for the first sunshine of the year. Cream is worried that too much noise will scare the sun away. Topaz is also waiting for it to happen while chatting with Rouge. When the sun rises, suddenly the Egg Moon moves in front of it, blocking it completely and creating an artificial eclipse.

The President attempts to call Dr. Eggman, but he can't be reached. Suddenly, Eggman marches inside the President's office. He assures that the Egg Moon was damaged and it caused the Moon to block the sun. He promises to fix everything and the President gives him one chance. However, it turns out that he can't fix the moon any time soon, so he provides an alternative solution: by sending a reflection satellite into space and directing sunlight from it into large Mirror Towers, he can cause artificial sunlight by emitting sunlight from towers to his Sunshine Balls.

Public immediately begin to call Eggman to purchase Sunshine Balls in order to have sunlight again. However, Sonic is not convinced about Eggman's sincerity and storms out, leaving others wondering. Soon after, Sonic knocks out one of the Mirror Towers. Recorded footage about his attack is delivered to Eggman and the President and after it is given to the media, Sonic is declared a threat.

An angry mob begins to surround the Thorndyke mansion, demanding Sonic to answer for what he has done. Sonic's friends are trying to convince the mob that Sonic's innocent, to no avail. The episode ends with Eggman becoming popular and Sonic knocking out a second Mirror tower while others are trapped inside the mansion by the mob. 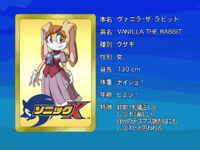 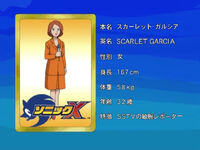