A Steel Container, from Sonic Adventure 2.

The Steel Container[1] (アイアンコンテナ, Aian Kontena?, lit. "Iron Container") is an object that appears in the Sonic the Hedgehog series. It is a Container made of metal, which can be found in various levels throughout the Sonic series. Due to its composition, it is sturdier than Wooden Containers, but more fragile than Unbreakable Containers.

Possessing a simple, cubic-shaped design, the Steel Containers are depicted as being made of steel or iron. Other than that, their superficial design has varied since their introduction in Sonic Adventure 2. In gameplay, the Steel Containers are some of the most basic Containers of them all. However, what is perhaps best known about them is that the player can only break them with certain attacks, or attacks enhanced by certain Level Up Items.

Throughout the Sonic series, there have been a few instances where the Steel Containers can be used by the playable character. In Sonic the Hedgehog (2006) and Sonic Unleashed for example, the player can use them as weapons against enemies by throwing the Steel Containers at them.

The Steel Containers made their first appearance in Sonic Adventure 2 and its remake Sonic Adventure 2: Battle where they serve as major gameplay objects. In this game, the Steel Containers are detailed and heavy gray crates with dark gray edges and a black GUN logo on each side. In stages where Badniks are the primary enemies instead of GUN robots, however, they have a black Eggman Empire symbol on them instead.

In gameplay, the Steel Containers can be broken with the Fire Somersault, Punch Attack, Kick Attack, or Vulcan Gun, but only if the user is equipped with either the Flame Ring, Bazooka, Hammer Gloves, Iron Boots or Large Cannon Level Up Item. In addition, they are immune to attacks (enhanced or otherwise) like the Spin Dash and Homing Attack. Breaking a Steel Container in this game grants the player twenty points, except in Crazy Gadget where they score nothing because the Containers in that stage are an entirely different object (because of their reaction to Gravity Control Switches).

Steel Containers are commonly placed in rows or other formations, and appear in every stage. Some of them also hide Item Boxes, Switches and other objects, while others block obligatory or secret pathways. In fact, it is not uncommon for the player to find a way blocked by Steel Containers before acquiring the Level Up Item for breaking them, which is the game's way of keeping the player from getting to certain objects prematurely.

In Sonic Heroes, the Steel Containers received a more colorful design. In this game, they are light gray crates with a red-framed blue circle containing a white five-pointed star on each side.

A Black Arms variation/counterpart of the steel crates exist as well, but will instead grant the player fifty hero points instead. Also due to being made from unearthly materials, they possess a different sound effect when opened.

In Sonic the Hedgehog (2006), the Steel Containers returned to a uniform look. In this game, they are white-colored crates with dark gray edges and a red-framed blue circle containing a white five-pointed star on each side.

In Silver's version of Radical Train, there is a Steel Container in one section that can be broken by activating a Switch. This Steel Container is used to add weight on a crane so that it can lift up another crane connected to it, much like how the other Containers of the same kind work in the Action Stage. The player must destroy this Container in order to traverse the cranes before it respawns.

In Sonic Rivals 2, the Steel Container is featured as one of the collectible cards in the game. This card in particular depicts its appearance from Sonic Adventure 2. To collect it, the player has to successfully use fifty Power-Ups in gameplay.

In the Wii/PlayStation 2 version of Sonic Unleashed, the Steel Containers reappeared in gameplay. In this game, they are dark gray metallic Containers with a X-shaped mark on each side.

In the Wii version of Sonic Colors, and the remaster Sonic Colors: Ultimate, the Steel Containers appear in gameplay once more. In this game, they are colored gray with dark gray edges and no hallmarks on them.

In the console/PC version of the game, the Steel Container can be broken normally at any time by stomping on them. Other than that however, they serve no special purposes outside those of the standard Container. In this version, they appear in both the stages and Challenge Acts. 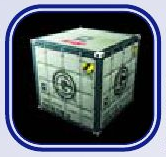 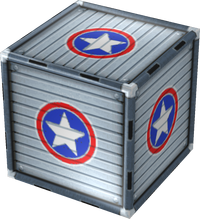 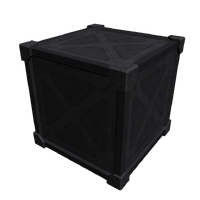 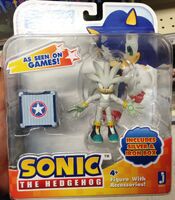