Sonic in Spring Yard Zone, from Sonic the Hedgehog (1991).

Jump from springs and bounce off bumpers as if you’re in a real pinball machine.

Spring Yard Zone (スプリングヤードゾーン[2], Supuringuyādozōn?) is the third Zone of the original Sonic the Hedgehog. It is a city full of pinball obstacles and Springs.

Spring Yard Zone is mainly made of orange-maroon metal connected by green wire fencing. The Zone is also decorated with blue pillars with pink tops and green bases, and rows of sparkling lights in various colors. There are also many visible neon signs. These signs form luminous words, such as "COPE", "CPU", "ON" and "UP", or just be basic lines.

Spring Yard Zone was one of the many regions on South Island affected by Dr. Robotnik during his quest for the six Chaos Emeralds. There, the doctor kidnapped the local Animals and used some of them to power his Badniks, while leaving the rest of them in huge Capsules. When Sonic the Hedgehog arrived at the Zone however, he saved the Animals and defeated Robotnik in the Egg Stinger.

Spring Yard Zone has fairly steep structures, with numerous climbable ledges and steep falls. Significant depressions in the paths appear often, as well as U-shaped slopes. Thankfully, the player can get out of these sections with the aid of vertical and horizontal aligned Spring, which are attached to ground lights and green-brown bricks.

One of the main characteristic gimmicks in this Zone are Bumpers, which the player can bounce. These bumpers come in various formations and award a small amounts of points when bounced on. They often appear in all sorts of depressions in the Zones. As in the zones, many secrets rooms containing Rings and monitors appear here, commonly behind walls.

Fixed platforms appear in some of the depressions in the Spring Yard Zone. Inside these depressions are often iron balls. These obstacles usually appear in pairs and orbit a certain point. They can also be found inside the corridors of the Zone, where they rise and fall. In addition to the larger, green-hued iron balls, there are also rows of smaller iron balls that rotate around a fixed point in narrow aisles. Some corridors can also be opened by pressing nearby Switches.

In addition to stationary platforms, there are also two other structures in this Zones that are be both an aid and an obstacle to the player. The first type of structure are big brown and green bricks that usually appear in rows of three. These bricks rise and lower themselves from time to time, with only the sides being synchronized with each other- While the side bricks of these structures move more quickly, the middle brick in these rows move at a different pace so that the player can move across these bricks and get to new sections. However, the player has to be careful not to get crushed by them. There are also columns of several individual blocks that slide left and right to create passages. However, the player has to be careful not to be thrown off them. Similarly, the green and brown platforms in this Zone allows the player to get to the various higher sections.

The first Act is pretty linear as the player deals with making their way past moving iron balls and interchanging platforms towards the Goal Plate.

In Sonic Drift, Spring Yard Zone (named Spring Yard) is the third track of the game, following Marble and preceding Labyrinth (as in its original appearance).

In issues #10 and #11 of the Sonic X comic book series, Doctor Eggman trapped Sonic and his friends in a virtual world resembling the original Sonic the Hedgehog game. After making it through the Marble Zone, Sonic and Amy traveled through the Spring Yard Zone, finding Knuckles along the way.

In the Sonic the Hedgehog comic series and its spin-offs published by Archie Comics, the Spring Yard Zone is a location on South Island. Its history is virtually identical to its game counterpart.

In the Sonic the Hedgehog film series produced by paramount Pictures, Spring Yard Zone is an alien area that was once visited by Tails during his search for Sonic. 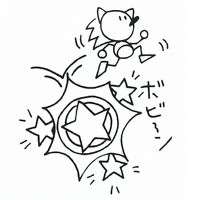 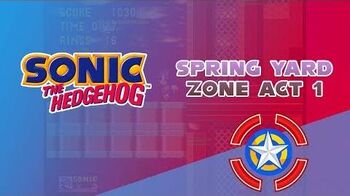 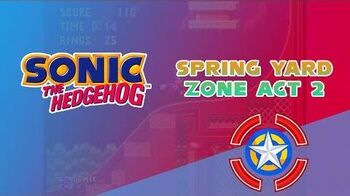 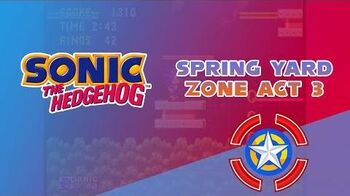