Splash Hill Zone, from Sonic the Hedgehog 4: Episode I.

A beautiful coastal area filled with rolling hills and an everlasting feeling of summer.

Northwest on the world map

A beautiful coastal area filled with rolling hills and an everlasting feeling of summer, Splash Hill Zone is the embodiment of an adventurous paradise. As Sonic races through the smooth slopes and crisp rivers, he will also witness a spectacular sunset view from the top of the hills.

Splash Hill Zone is the first Zone of Sonic the Hedgehog 4: Episode I. It is a beautiful coastal area filled with rolling hills and an everlasting feeling of summer, making it the embodiment of an adventurous paradise. As Sonic the Hedgehog races through the smooth slopes and crisp rivers, he will also witness a spectacular sunset view from the top of the hills. The first Act takes place in early day, but Act 2 and onward take place during late afternoon. Many Badniks from the previous games return in this Zone, as well as a revised version of Dr. Eggman's first mobile configuration.

The Zone is also featured as the fourth and final Act in Sonic the Hedgehog 4: Episode Metal where Metal Sonic sets off to pursue Sonic when the latter could not be found at Casino Street Zone.

Sometime after surviving the fall of the Death Egg, Sonic sets out to have vacation time as he runs and relaxes on the lush coastal environment he stumbles on: Splash Hill. Running through loops, looking at the sea, and taking it easy, the hedgehog feels right at home until he crosses paths with some too-familiar Badniks. It's at this point that he realized that a certain bald, belligerent egghead had returned. Just like old times, Sonic knew the party's only just begun, and started his investigation elsewhere to find traces of the doctor and stop his plans.

Further into Splash Hill Zone, Sonic discovers vines. Sonic grapples one and swings to heights unknown. He uses them to find secret areas and the like, while being mindful of the traps below and ahead.

Glancing at a beautiful sunset on the horizon, Sonic won't slow down yet as Sonic finds pulleys to get to his next destination. He'll just have to ignore the scenery as he hops over the spike traps, the collapsing platforms and the swarm of baddies to confront his assailant shrouded in mystery.

After exploring enough of the hill, Sonic comes across floating platforms in a familiar formation, followed by a hovering contraption housing a bald head, a mustache about two feet long and a wardrobe seaming with bad taste. None other than Dr. Eggman himself had come to exact his revenge personally, but Sonic knows how to handle the evil scientist and prepares to send his ancient toy back to the scrap heap.

Arriving at the checkered emerald hills, Metal finally reaches Splash Hill Zone, and the robotic copy searches high and low for his organic double. However, though he manages to locate his organic counterpart, he reaches the end of the Zone only to find Sonic and Tails taking off on the Tornado, heading for Sylvania Castle Zone. Metal quickly notices the rocket that Sonic used to get to the E.G.G. Station Zone standing not too far from an open Capsule. Metal unleashes his special attack to scare surrounding animals away as he then takes the rocket for himself, flying off to tail the duo.

The Act is a reworked "Act 1 - The Adventure Begins", with more enemies and traps in the area than when Sonic began his adventure. 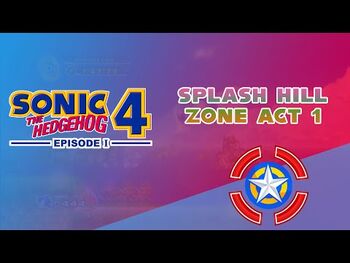 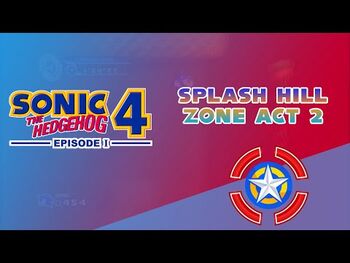 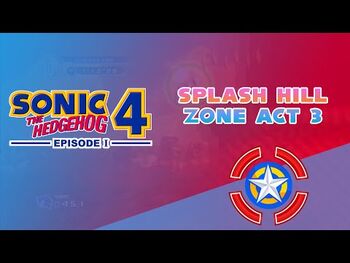 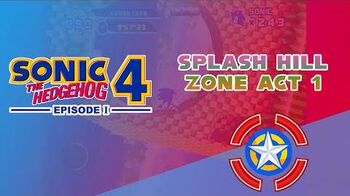 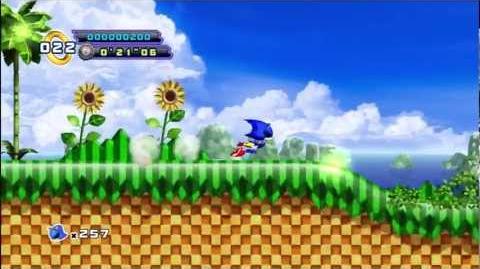