A Spinning Wheel, from Sonic the Hedgehog 3.

The Spinning Wheel[1] (ドラム[2], doramu?, lit. "drum"), also known as the trampoline type floating island (トランポリン型浮島[3], toranporin-gata ukishima?), is a gimmick that appears in the Sonic the Hedgehog series. It is a type of cylinder-shaped barrel that is normally found floating in midair and can sometimes be used to progress with the Zones.

Spinning Wheel are found in amusement-themed stages. Its general appearance seem to be based on real-life circus barrels used by clowns or trapeze performers. The Spinning Wheel functions differently depending the game, though the common feature is to stand on it and being capable of moving it.

In Sonic the Hedgehog 3 and the lock-on game Sonic the Hedgehog 3 & Knuckles, Spinning Wheels are the main gimmicks of Carnival Night Zone. In this game, they are red barrels with rows of white diamond shapes on them and generally float in midair. While the player stands on them, the playable character will rotate with them. There are two types of these gimmicks. The first type works as moving blocks. Like the rotating pillars in Hydrocity Zone, they can move in all four cardinal directions, sometimes in square formations. However they can as well crush the playable characters if the player get stuck between them and an incoming surface.

Another type of the Spinning Wheel works as a stationary platform until the player interacts with it. By jumping on it and then pressing up and down on

In Sonic Advance, yellow Spinning Wheels with a blue background and yellow stars on them are found in Casino Paradise Zone. They are not common gimmicks and remain stationary. When the player stands on it, the Spinning Wheel moves only slightly. However, the player can make it launch them up a little bit by pressing up and down on 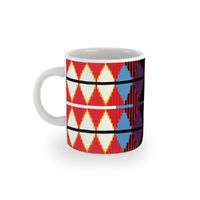