Shadow, don't you remember? We once raced each other here. This is just like old times! A race for the Emerald!

Space Gadget is a stage in the game Shadow the Hedgehog. It is one of five fifth stages and can be reached by completing the Hero mission of Sky Troops, the Normal mission of Mad Matrix, or the Dark mission of Death Ruins.

The following weapons can be found in Space Gadget:

Behind the Secret Door

A warp hole that teleports the player to an area high above the goal ring. A zip pad will shoot transport the player and stop right at the goal. This is helpful during the Hero mission. 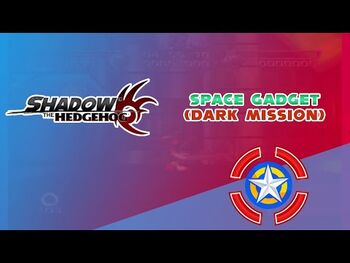 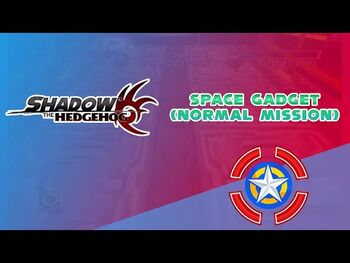 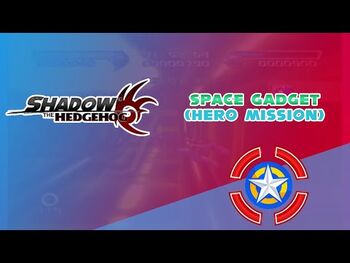