Sonic News Network
Register
Don't have an account?
Sign In
Advertisement
in: Articles in need of references, Video game companies

Sega has been publishing Sonic games on Sony consoles since 2003 beginning with the PS2 version of Sonic Heroes.

On July 2012, Gaikai (外海, lit. "open sea"?) was brought by Sony Computer Entertainment for US$380 Million. Before SCE brought the company, it was a startup company and it made partnerships with from numerous companies to stream high-end video games. As it was brought, SCE decided to make the next generation of Remote Play, which is transmit video and audio output to the PSP and the PSVita, by streaming all Playstation 4 Games to the PS Vita. With the PS4 incompatible with all PS1, PS2 and PS3 games, SCE announced that they are working with Gaikai to emulate all PS1, PS2, and PS3 games to the Playstation 4. On January 7, 2014, during Sony's Keynote at the Consumer Eletronics Show, they announced PlayStation Now months after Gaikai was brougth. PlayStation Now is a service that allows players to play PS3 games on the PlayStation 4, PS Vita, most Sony TVs, Smartphones and Tablets through a Dualshock 3 or the controls supplied from the PS4, PS Vita and PS3. A closed Beta was opened on Jaunaury 28, 2014 on the PS3 along with the PS4 closed beta by May 20, 2014 and an Open beta will be opened by July 31, 2014 in the United States and Canada and it will offer up to 100+ games from first and third party gaming publishers, including SEGA. European PlayStation customers may get it by 2015. Sonic CD was part of the 100 games relased at the North American Open Beta launch becoming the first Sonic Game to be on PlayStation Now.

The PS Now service users a modified PS3 hardware in their data centers with the power of eight PS3s into a single motherboard within a slimline server cabinet, which can reduce eletricity costs, and reduce space. Players are required to have up to at least 5 Mb/s of internet in order to use.[1]

During the fifth and sixth generations, Sony and Sega were publishing consoles at the same time. The consoles in their war included:

Currently, Sony is currently rivaling with Nintendo and Microsoft on the Console War. 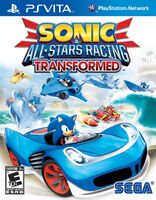 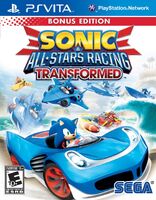