Sonic the Hedgehog Triple Trouble (ソニック&テイルス2, Sonikku to Teirusu Tsū?, lit. "Sonic & Tails 2"), also referred to as simply Sonic Triple Trouble, is a platforming game in the Sonic the Hedgehog series for the Sega Game Gear. First released in November 1994, it was developed by Aspect and published by Sega. Unlike many other Game Gear titles, an official Sega Master System port was never released. It acts as a standalone sequel to Sonic Chaos and features several gameplay mechanics and power-ups from that game.

Sonic Triple Trouble follows Sonic and Tails' adventure to gather six Chaos Emeralds before Dr. Robotnik manages to do so and involves two other adversaries, marking the first appearance of the semi-recurring character Nack the Weasel (later known as Fang the Sniper), and Knuckles' first appearance in a handheld game. Like many other Sonic-themed Game Gear games, Sonic the Hedgehog Triple Trouble was re-released in numerous compilation titles and as an unlockable game within others. The standalone game was re-released on the Nintendo 3DS Virtual Console in March 2012.

Through unknown means, Dr. Robotnik manages to acquire six of the Chaos Emeralds without Sonic knowing. Unfortunately for him, an accident during the testing phase of one of his new weapons scatters all the Emeralds into the Special Stage, except for the yellow Emerald, which Robotnik manages to recover. Afterward, as Robotnik has anticipated, Sonic and Tails learn of the situation, and set out to retrieve the emeralds. In an effort to delay the duo, Robotnik tricks Knuckles into thinking that Sonic wants the Chaos Emeralds for world domination.[7][8]

While running around and searching for information on the emeralds, Sonic and Tails encounter Knuckles, who loudly bickers with them before departing. Meanwhile, a treasure hunter named Nack the Weasel eavesdrops on the exchange between the hedgehog and the echidna, sneering at their argument. Unknown to them, he has already located and collected the five Chaos Emeralds in subspace.[7]

Soon after, Sonic and Tails set off on their hunt for the Chaos Emeralds. They eventually encounter Knuckles again at Tidal Plant Zone, and defeat him, leaving the echidna to be captured by Dr. Robotnik. Sonic and Tails continue afterward on to Atomic Destroyer Zone, where they are ambushed by Metal Sonic. Fortunately, Sonic and Tails manage to defeat the robot. They are then approached by Fang, who quickly flees once Robotnik arrives in his newest creation. However, Sonic and Tails defeat the doctor, and take his yellow Chaos Emerald after he drops it. The duo then rescue Knuckles, and make peace with him by shaking his hand. The ending of the game will then depend on the player's progress:

Sonic Triple Trouble is a 2D side-scrolling platforming game like most other Game Gear Sonic titles. The main goal is to reach the end of each Act of a Zone (a level in the game) within a time limit. Many gameplay elements from Sonic Chaos are featured. The player can choose one of two playable characters, Sonic and Tails, each of them having different abilities. The player starts the game with four lives and one Continue.

Abilities for both Sonic and Tails are relatively the same as in Sonic Chaos. Alongside the regular Spin Jump, Spin Attack and Spin Dash maneuvers, the player can perform both the Strike Dash for Sonic and the Heli-Tails for Tails. The game also introduces the one-time ability called Flying Spin Attack, which can be performed in mid-air after bouncing on a Spring. The Flying Spin Attack is useful for attacking enemies from above or providing protection from damage in mid-air.

Like in previous games, Rings are found everywhere in the Zones and protect the player from taking damage. Sonic the Hedgehog Triple Trouble is one of the first games in the series in which the player does not lose all their Rings after getting hit; instead, only thirty Rings are lost when the player gets hurt. The power-ups in the Monitors are mainly the same as in Sonic Chaos with Super Rings, Power Sneakers, Invincible, and Extra Lives. Like in Sonic the Hedgehog (8-bit), when losing a life, the player is sent back to the beginning of the Act or the latest opened Marker. As for Sonic and Tails, Monitors may also contain power-ups exclusive to them. Many of these include the returning Pogo Springs and Rocket Shoes from Sonic Chaos as well the new Hyper Heli-Tails, Jet Boards and Propeller Shoes. In Tidal Plant Zone, Tails can also pilot the Sea Fox to travel through underwater sections without need for Air Bubbles.

The level design in Sonic the Hedgehog Triple Trouble is more extensive in size compared to previous Game Gear titles in the Sonic series and includes alternative pathways and secrets in each Zone, while staying much closer to the first main installments for the Sega Genesis. The Zones' aesthetics are similar to those of Sonic the Hedgehog 3 & Knuckles. Besides the traditional Springs and Boosters, each Zone features different types of gimmicks and contraptions.

Like in Sonic Chaos, Bonus Panels at the end of the first two Acts will grant different type of items for the player after they stop spinning. Occasionally, the Bonus Panel will point backwards, meaning the player has to dash towards it to make it spin again.

Sonic the hedgehog Triple Trouble consists of six Zones with three Acts each. The third Act is a short course, usually with a small cache of Rings followed by a boss. The Zones in order are:

Additionally, keeping with the 8-bit tradition, there are five individual Special Stages in the game. These stages are accessed by collecting fifty Rings and breaking open the "Chaos Emerald" monitor, a portal will appear which leads to the Special Stage.

The first, third and fifth Special Stages are giant mazes with a countdown timer. The timer can be boosted with "Time Bonus" items scattered throughout the stage, but it can never exceed one and a half minutes. The second and fourth Special Stages involve flying the Tornado to collect Rings and avoid bombs. At the end of every Special Stage, Nack shows up and attacks with one of the Marvelous Queen's weapons to protect the Chaos Emerald. Clearing all five Special Stages unlocks the good cinematic ending of the game.

Sonic the Hedgehog Triple Trouble features two other gameplay modes: Sound Test and Time Attack. Both modes are available on the game's title screen by pressing

up/down. Time Attack features a single, separated Act of the Great Turquoise Zone, which lacks enemies and also holds different gimmicks from the gameplay. Due the Sega Game Gear's lack of a battery backup, none of the records made in Time Attack can be saved on the game's hardware. The Japanese release of the game features a "3D Stage" option to test run the second type of Special Stages.

Sonic the Hedgehog Triple Trouble received mixed to positive reviews from many published video game magazines. GamePro praised the game for graphics and new gameplay elements, but criticized it for being too easy therefore reducing its longevity and the slowdowns that lead to cheap deaths.[17] Sega Magazine also described the game as being enjoyable, but too easy. Mean Machines Sega magazine gave an score 85 out of 100 in its December 1994 issue, praising for its graphics and gameplay.[3] The Japanese Famicom Tsūshin gave the game a score of 21 out of 40 in its November 1994 issue.[16]

The reception towards the game in compilation and re-releases has been worse, with Eurogamer calling the game poorly aged and "intolerable,"[21] while GamesRadar called it "reasonably competent, but no less tedious."[22] IGN stated that the game was not "particularly stellar,"[23] while GameSpot criticized the poor Game Gear emulation in the Sonic Gems Collection release.[24] Nintendo Life gave the Nintendo 3DS re-release a score of 6 out of 10, praising the solid level designs and graphics, while criticizing the lack of challenge and sluggish pacing.[18]

Like other Sega Game Gear games, Sonic the Hedgehog Triple Trouble has been featured on many re-releases and completion titles. It is featured as unlockable game after completing 160 missions in Sonic Adventure DX: Director's Cut for the GameCube and PC in 2003. The game was also released in 2005 as part of the Sonic Gems Collection for the GameCube and PlayStation 2.

The Sonic the Hedgehog comic series published by Archie Comics made a loose comic adaption based on the western storyline of the game. Released on August 1995, it is the third issue in Archie Comic's Sonic Special comic line published on every couple of months for two years. The comic adaption also introduced Nack the Weasel to the comic universe. 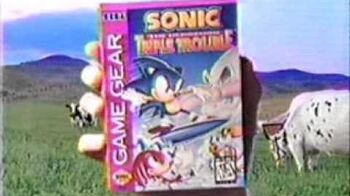 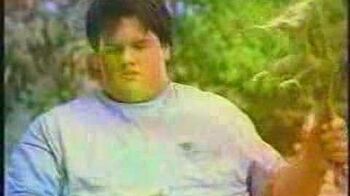 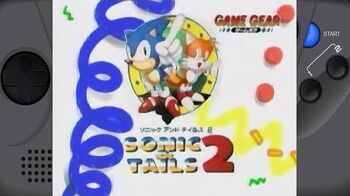 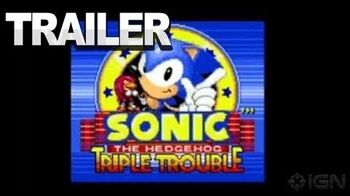