View source
watch 02:46
The Quarry - The Loop
Do you like this video?
Play Sound
Main page CreditsGlitchesGallery

Dr. Robotnik has assumed control of the volcanic mountain of Mount Mobius, and built the gigantic Veg-O-Fortress there in order to establish his plans of conquering Planet Mobius. He has also kidnapped thousands of Animals to transform them into Badniks with his Veg-O Machine inside the fortress. Aware that Mount Mobius is an active volcano however, Robotnik has used Chaos Emeralds to keep the mountain stable. The Emeralds themselves are also protected by a "Pinball Defense System" Robotnik has established inside his fortress.[1]

Sonic the Hedgehog Spinball is a 2D side-scroller pinball-themed game where the player must guide Sonic (who assumes the role of the "ball") through several levels. While Sonic is curled into a ball, the player can use flippers to launch Sonic upward and/or across the respective levels. When Sonic is not curled into a ball, his moveset resembles that from the main titles in the Sonic games; in addition to being able to walk around on the floors of the pinball table-based levels, Sonic can also jump, duck, and perform the Super Spin Dash.

Throughout the game, the player's objective is to collect Chaos Emeralds, which are hidden around the levels. Each level has a different amount of Emeralds to collect. Their collection is obligatory, as collecting them all lets the player fight the boss of the level and progress with the game. Each Emerald is required to be collected in different ways though.

Like other Sonic games, Sonic the Hedgehog Spinball features a lives system. However, the player cannot take conventional damage throughout the game; Sonic can only die if he falls off a level's pinball table. If Sonic dies, the player will be able to continue playing at the cost of a life. Losing all lives will result in a Game Over. Various actions in the game (such as collecting Rings or destroying Badniks) reward the player with a determinate amount of points. Collecting twenty million points will grant the player an additional life.

The Status Strip[2] is an unique feature that appears in Sonic the Hedgehog Spinball. It is basically a dark blue notification bar located on the top part of the HUD. In gameplay, it gives the player useful information about their progress. Depending of what the player does, the Status Strip may give them the following pieces of information:

Sonic the Hedgehog Spinball consists in four levels, where the player's main goal is to find a certain number of Chaos Emeralds in order to advance. Doing so will allow the player to enter a boss room where they will fight the boss of that level. The levels are:

At the end of each of the first three stages, Sonic gets to play a Bonus Round. They are set up like real pinball machines, with Sonic at the controls. The player is given a task to complete and three balls to play with. Flipper controls are the same as in the normal game, but the ball cannot be controlled with the D-pad like Sonic. Pressing all the flipper buttons at once will make Sonic shake the machine, though repeated shakes will cause a 'tilt' and lock the flippers.

Completing the Bonus Rounds are optional, as they only serve to increase the player's score.

Options is the settings menu for Sonic the Hedgehog Spinball which holds the following options:

Based upon research from Sega, the crew came to the conclusion that Casino Night Zone was considered one of the best Zones in Sonic the Hedgehog 2. This gave developer Peter Morawiec the idea of making a pinball-styled game, combining the Commodore Amiga game Pinball Dreams with Sonic the Hedgehog gameplay mechanics. Collaborating with three colleagues, Morawiec designed basic animations depicting Sonic as a pinball ball. The project was eventually approved after the animations had been demonstrated to Sega's senior management.[3]

Sega tasked the developers to complete the game in time for the 1993 holiday season, which was considered a "tight" schedule for a game that would capitalize on the series' popularity in North America according to Morawiec. In an attempt to speed up production, Sega sent Japanese staff to help with the project, including Sonic the Hedgehog artist Katsuhiko Sato. However, the game was still not predicted to be finished in time. Because of this, the developer team had to change the production code for the game from assembly to C to accelerate development. This was considered an atypical approach for the Sega Mega Drive, and it caused several frame rate and optimization problems.[5][3] Despite this, the team managed to polish and complete the game within a month.[3]

Immediately before Sonic the Hedgehog Spinball was released, the developer team was informed that Sega did not own the rights to the theme music for the original Sonic the Hedgehog. Later, Hirokazu Yasuhara, the lead designer on Sonic Team, explained that the music was owned by Japanese band Dreams Come True, whose songwriter Masato Nakamura composed the soundtrack for the first two Sonic main titles. As such, Morawiec tasked lead composer Howard Drossin to write a new theme within two hours.[3]

Sonic the Hedgehog Spinball received mixed reviews from critics, holding a score of 61.00% at the video game review aggregator GameRankings.[6]

The visuals of the game were praised.[9][13][17] A reviewer from Electronic Gaming Monthly thought that the game set inside "a pinball machine" was a novel idea, and also labelled the game's visuals, music, and sound effects as "top notch".[9] In the same review however, another reviewer thought that the graphics were not as "sharp" as other Sonic the Hedgehog titles, and also thought the sound was unimpressive.[9] In a retrospective review, Lucas Thomas from IGN said that the visuals "matched those from other Sonic games on the Genesis", and felt that the Bonus Rounds were visually distinct and well-done.[13] A reviewer from Jeuxvideo.com thought that the graphics were "generally good", but also felt that there were other visually superior Genesis games.[17] In a similar vein, William Avery of GameSpot noticed that the game contained some slowdown.[19] Eurogamer's Dan Whitehead criticized the game's sluggish frame rate and slowdown that occurred when "things threaten to get hectic" in-game, noting that it suffered from "the old Mega Drive problem".[10]

Several other aspects of the game, especially the controls and physics, received mixed criticism.[10][13][18][11] A reviewer from GamePro criticized the control configuration and felt that the game was a mediocre example of a pinball game, but admitted that it had a similar feel to previous Sonic the Hedgehog titles.[11] Jeuxvideo.com's reviewer enjoyed how Sonic himself acted as a pinball ball, but noticed that the controls were less precise and responsive when compared to other platformers.[17] Dan Whitehead said that the game's controls were "muddled by the half-and-half approach", and criticized the "clunky" game engine, saying that the game's control scheme ruined the pinball environments.[10] Thomas stated that "there are aspects of the control that could have been tighter, and its difficulty level may be a bit too extreme for new players."[13] Damien McFarren from NintendoLife said that the game comes across as both a poor platformer and a poor pinball game due to its unconvincing ball physics and frustrating platform elements.[15] Bob Strauss of Entertainment Weekly felt that the game initially boasted a terrific concept, but had an ultimately flawed execution, saying that Sonic, acting as a pinball, often moved like a "leaden marble".[18] Rich Leadbetter from Mean Machines Sega criticized the game's lack of replay value, saying that despite its addictive gameplay, the four levels were not enough, especially given the price.[14] 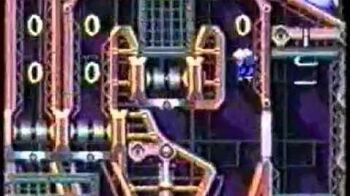 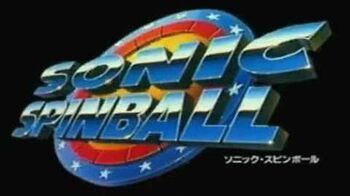