For other uses, see Sonic the Hedgehog 4 (disambiguation).

A few months after the first part of the current incident, Little Planet appears over Sonic's world once again, allowing Dr. Eggman to proceed with the second stage of his secret grand project. In the meantime, Sonic has found out that Eggman is back in action on the neighboring continent, so he sets off in the Tornado with Tails to investigate.[17]

Landing into Sylvania Castle Zone, Sonic and Tails make their way through the Zone and eventually find Dr. Eggman. They proceed to defeat Eggman and his Egg Serpentleaf. The duo subsequently visits White Park Zone, where they find Little Planet being surrounded by a mechanical shell that is under construction. Along the way however, they are surprised by the arrival Metal Sonic, who has returned from his defeat on Little Planet, on Tails' rocket. As the robot engages the duo, he reveals that he has acquired an immense energy source that has made him more powerful than ever. Regardless, Sonic and Tails are still able to defeat Metal Sonic, who retreats after his loss. Later, Sonic and Tails go to Oil Desert Zone, where they encounter Eggman again, There, Sonic and Tails defeat Eggman and his Egg Scrap Mech, prompting the scientist to retreat.

In the aftermath, Sonic and Tails pursue Dr. Eggman, who is escaping to his Sky Fortress airbase in the Egg Mobile, in the Tornado. On the way however, they have a battle against Metal Sonic, who is piloting the Metal Carrier. After eluding Metal Sonic, the duo infiltrates the Sky Fortress, though they leave soon afterwards, only to have yet another encounter with Metal Sonic and his Metal Carrier. Eventually returning to the airship, Sonic and Tails chase after Eggman and Metal Sonic as the Sky Fortress begins to crumble around them. However, the two villains escape the heroes by using the airship's escape shuttles to flee to the doctor's newest base of operations: the Death Egg mk.II, a new Death Egg built around Little Planet, which has been Eggman's grand scheme all along. Fortunately, Sonic and Tails are able to find another shuttle and use it to head the Death Egg mk.II.

Sonic the Hedgehog 4: Episode II plays similar to the previous episode, but with several enhancements. Sonic is now accompanied by Tails, either controlled by the computer or a second player via local or online co-operative play (online support is not included on Android version due to lack of Social gaming support although there's no word if Google Play Games services will be added in the next Android update). Unlike in the 16-bit titles, Tails cannot be played in single player and likewise Sonic can't be played on his own here. There are also new various combination moves that can be performed together, such as Tails lifting Sonic up to places he would be unable to reach otherwise, and the two can roll into a ball to perform a fast and powerful spin attack.[19]

Special Stages in Sonic the Hedgehog 4: Episode II, also accessed the same way they are in Sonic the Hedgehog 4: Episode I, are based on the half-pipe style format introduced in Sonic the Hedgehog 2, in which the player is required to collect a certain number of rings before the goal in order to obtain a Chaos Emerald. Also returning are the Red Star Rings that have previously appeared in Sonic Colors and Sonic Generations. One Red Ring is hidden per act, and an achievement or trophy is unlocked after collecting them all. There is also cross-compatibility planned for the Xbox Live Arcade and Windows Phone 7 versions, allowing players to alternate their games between them using Cloud Saving.

On 29 December, new information on Sonic the Hedgehog 4: Episode II was revealed along with a teaser trailer, including the return of both Metal Sonic and Tails, along with an updated graphics and physics engine.

On 21 April 2012, Sonic the Hedgehog 4: Episode II was mistakenly temporarily released to people who had confirmed their pre-order of the game on Steam, before it was removed the next day.[21] Known as the "Beta 8" edition, it was quickly dismissed by Balough as an early prototype version that did not necessarily represent the final version, although it was instead found to be virtually complete with minimal differences, albeit with a multiple of bugs.[21]

Due to a near complete rewrite of the Apple operating system, iOS, for the iOS 7 update in 2013, the game became incompatible with devices running on iOS 6.1.6 and lower. The game was fixed on 11 January 2016 with an official update, putting the game back in the App Store along with Episode I.

As of March 2012, Sega has no plans for the Sonic the Hedgehog 4 series beyond Episode II. Takashi Iizuka has said that Sega is looking forward to user feedback and wants to see how users accept this episode. During PAX East 2012, Cheat Code Central spoke with Sega representatives who informed that the company would be taking Sonic games "one at a time." It was said that if Sonic the Hedgehog 4: Episode II sold well, a third episode will likely be developed, as well as a possible fourth episode if that does well in turn. However, in January 2015, Sega Brand Manager Ken Balough said in a Facebook interview that Episode III had been scrapped.[22]

IGN's Lucas M. Thomas gave the game a score of 6.5/10, stating that while it fixes the physics problems of Sonic the Hedgehog 4: Episode I, it is still missing the "magic" of its Sega Mega Drive predecessors.[34] GameRadar's Lucas Sullivan criticized it in similar ways, stating that the two-player mode "seems to prioritize griefing your friends instead making real in-game progress," and further stating that "every time we felt like we were reliving our old Sonic glory days, the next stage would incorporate limp and uninspired gimmicks like shifting winds or avalanche snowboarding."[32] Ray Carsillo of Electronic Gaming Monthly gave the game a 6.5 out of 10, praising the "old-school Sonic" aspects, but criticizing the Tails-related gameplay, stating "there were too many puzzles that required Tails' assistance."[31] Joystiq's Richard Mitchell had mixed feelings on the game as well, awarding it 3 out of 5 stars, and stating that Episode II made "improvements over its predecessor, with better visuals, useful co-op maneuvers and great special stages, but the inconsistent boss battles and uninspired level design keep it from recapturing Sonic's glory days."[35] GameTrailers gave the game a score of 5.5/10, saying that the level design and the team-up moves often slow the pace of the game.[33] Official Xbox Magazine's Jon Blyth was more positive, concluding that the game was "a smooth, slippery Sonic that takes another step away from it's single-button origins without losing any of the hog essence. With local and online co-op, it offers just enough entertainment to justify its steep episodic price."[36]

These are the achievements and trophies for the Xbox 360, PlayStation 3, Steam and iOS versions of Sonic the Hedgehog 4: Episode II.

Archie Comics made a video game tie-in for Sonic the Hedgehog 4: Episode II in Sonic Super Special Magazine #3, which takes place within the In Another Time, In Another Place universe. It has also been stated that the events of the game have happened in the Post-Super Genesis Wave timeline. 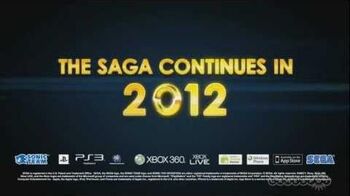 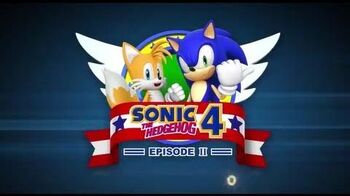 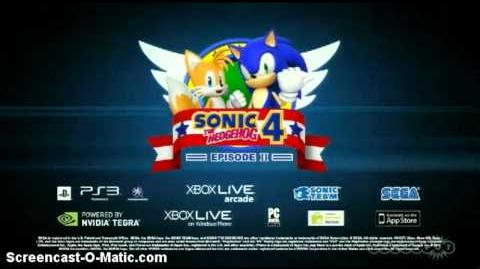 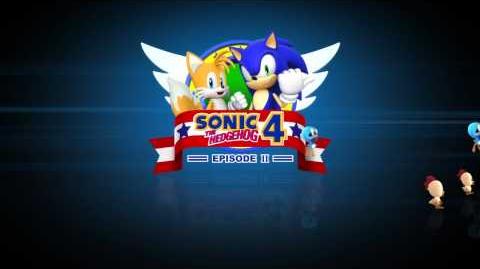 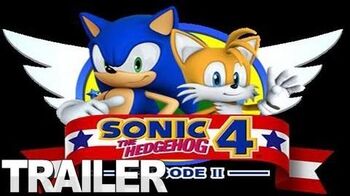 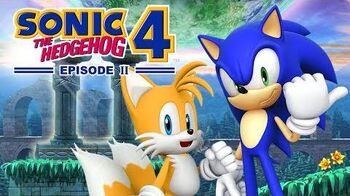