View source
watch 02:56
Raise a Floppa - The Loop
Do you like this video?
Play Sound
Main page CreditsManualsGlitchesBeta elementsGallery

For the upcoming film, see Sonic the Hedgehog 3 (film).

The game was released for the Sega Mega Drive first in the United States on 2 February 1994, followed by Europe on 24 February 1994, and finally in Japan on 27 May that same year.

Following immediately after the events of the West Side Island incident, Dr. Robotnik's damaged Death Egg is on a collision course towards the planet like a giant fireball. Lying in its path towards the surface of the planet however, is a floating landmass with towering mountains and spread out forests: the legendary Floating Island.[7] There, Knuckles the Echidna, the guardian of the Floating Island, is patrolling the island's altar as he usually does, his duty being to protect the seven Chaos Emeralds that control the power of the "Pillar" that sleeps in the depths of the island and keeps the island and its Animals safe. As Knuckles tries to make sure that there is nothing strange going on with any of the Chaos Emeralds however, the Emeralds begin shining with a momentary flash of light, and before he can react to it, they begin vibrating abnormally, leaving Knuckles bewildered by this unknown phenomenon. As the Chaos Emeralds' vibrations grow more intense, a bright flash erupts before Knuckles as the vibrations reach their climax, knocking him out.[8] It is in this moment that the Death Egg collides with the Floating Island. This tremendous impact destroys mountains and forests on the island and makes the Floating Island fall into the ocean and create a giant tsunami upon hitting the sea's surface. Fortunately, the island does not sink to the bottom of the ocean, instead staying slightly above the sea as if nothing has happened.[7]

Having escaped the fallen Death Egg, Dr. Robotnik picks up the signal from a seemingly giant Chaos Emerald from a crack in the island created by the Death Egg's impact. Realizing that harnessing the power of that Emerald would allow him to re-launch the Death Egg, Robotnik quickly builds a base on the Floating Island in order to locate the Chaos Emeralds. In addition, he starts turning the local Animals into Badniks and remodeling the Floating Island's nature into a more severe one with an environment-changing machine.[7]

In the meantime, Knuckles regains consciousness and discovers his body has been thrown out of the altar. Discovering the altar in a partially destroyed state, Knuckles hurries back to the altar, only to discover that the Chaos Emeralds have vanished without a trace. Leaving the altar dumbfounded, Knuckles soon noticed the Death Egg in a lake nearby. This sight makes Knuckles deduce that the Death Egg is a legendary dragon described in the Chaos Emerald's altar, which states that it will bring disaster to the island.[8]

Knuckles spends the next few days patrolling the seven Chaos Emeralds' altar, but cannot find any traces of the Chaos Emeralds. Refusing to give up though, Knuckles begins searching every nook and cranny of the Floating Island until he encounters Dr. Robotnik in a forest. Upon learning that Knuckles is the guardian of the Chaos Emeralds, the doctor tells him lies that he is a kind scientist who has come to investigate the Death Egg. He also "warns" him that he is being followed by an evil hedgehog named Sonic who is disrupting his research and has stolen the island's Chaos Emeralds. Believing Robotnik's lies, Knuckles teams up with him to foil Sonic when he arrives.[8][9]

A few days after the Death Egg's crash, on an island far away from where the Death Egg impacted the Floating Island, Tails suddenly catches a strong Chaos Emerald signal on the Jewel Radar he has invented. Pondering if the giant tsunami that happened recently is connected to this, Tails hurries out to find Sonic. As Sonic himself tries to nap on the beach, he finds a small ring with ancient letters craved in on it drifting along the shore. Picking it up, Sonic starts to remember a legend about a certain "island" that was once a part of a continent. According to this legend, an exceptional civilization lived there and built a peaceful and wealthy society using the energy of a certain "power stone". However, when a rogue faction of elders tried to seize the power stones for themselves, they accidentally made their energy go awry, causing their entire civilization to be destroyed in an instant. After that, it was said that the gods came down from the sky and and restored part of the civilization as an "island" and hoisted it into the sky, along with the power stone. Driven by strong, unexplainable nostalgia, Sonic resolves to set out on another adventure.[7]

Arriving at the Floating Island with the Tornado, Sonic uses the seven Chaos Emeralds he had acquired prior to turn into Super Sonic and begins exploring the Floating Island while Tails tries to follow. Shortly after arriving on the island however, Knuckles pulls off a cheap shot on Sonic from below, which forces Sonic to de-transform and drop the Chaos Emeralds.[9] Knuckles proceeds to take Chaos Emeralds before leaving. Now having to retrieve the Emeralds again and stop Dr. Robotnik, Sonic and Tails make their way through the island, dealing with Robotnik's various attacks and Knuckles' antics along the way.

Eventually, Sonic and Tails arrive at Launch Base Zone, Dr. Robotnik's base where he has almost completed the re-building of the Death Egg. At the end of this Zone, the Death Egg is ready to take off. To reach the space station, Sonic and Tails hitch a ride in the Egg Mobile nearby, but Knuckles keeps them from proceeding with it. Fortunately, local tremors causes Knuckles to lose his balance and fall down from the pillar he is on, allowing the heroes free passage. In the end, the duo manages to jump onto the Death Egg just as it starts taking off. Here, Robotnik returns to defeat the two through excessive force with the Big Arm. However, that force proves to be his own undoing. When Sonic defeats Robotnik once more, the battle has already taken its toll on the Death Egg during a critical point of its launch. As the platform Sonic and Tails are standing on falls apart from the Death Egg, the space station plummets back to the Floating Island while the two watch from afar.[9] After the credits, a post-credits scene will play, which will depend on the player's actions:

Sonic the Hedgehog 3 is a side-scrolling 2D platforming video game which plays similar to past Sonic games. Players can control either Sonic or Tails. They can also play as Sonic while Tails is controlled by either a second player or the computer. Both of these characters can run and jump as their basic abilities.

The goal of Sonic the Hedgehog 3 is to beat a series of Acts in less than ten minutes. In these Acts, the player can find many Gold Rings, which serve as their playable character's main method of protection. If a character is hit while having at least one Gold Ring, they will survive with the cost of losing all their Gold Rings. However, if the playable character is hit without any Gold Rings, they will lose a life, or get a Game Over if they do not have any lives left.

Special Stages are entered by jumping through Giant Rings hidden in the scenery, with multiple of these being found in each Act. In addition, the player is not required to collect any amount of regular Gold Rings to enter the stage.

The Special Stages themselves are three-dimensional and spherical in lay-out. The playable character moves across the surface of a giant, checkered orb and has to hit a set amount Blue Spheres while dodging bumpers and Red Spheres. Sometimes Blue Spheres are found in a square formation. If the playable character checks all Blue Spheres around the sides of a square, the field turns into Gold Rings. Collecting 50 Rings gains a Continue, and collecting all possible Gold Rings in the stage gains a "Perfect" bonus of 50,000 points (equal to an extra life).

The playable character is rewarded with a Chaos Emerald when they have collected all Blue Spheres in the stage. Should they touch any of the Red Spheres, however, the Stage will abruptly end and the player is transported back to the Zone.

Unlike the 2 Player Vs. mode in Sonic the Hedgehog 2, Competition mode features five exclusive Zones. These are:

Each of the Zones in Competition loop around, and the players' goal is to pass through a post-like obstacle five times. Competition also has the following modes to play in:

Development for Sonic the Hedgehog 3 started in January 1993, with a deadline in February 1994, when Sega and McDonald's made a major promotional campaign in the United States.[16] Initially, the team used the then-new Sega Virtual Processor chip, which allowed for 3D graphics. They made a prototype with the working title Sonic 3D. It soon became apparent that the game would not be finished in 1994 as intended however, and the team was forced to switch back to the 2D side-scrolling gameplay of past games.[17] The idea of an isometric graphics game would later be reused for Sonic 3D Blast in 1996.

When Jun Senoue was asked if he knew anything about Michael Jackson's involvement, he said "I don't know anything about that...[laughs] Yes I do, actually." This game marked Senoue's debut in the Sonic series, albeit only as a sound effects designer. Much of the in-game music was handled by a team of musicians supervised by frequent Michael Jackson collaborator Cirocco, although Sega staff composer Howard Drossin ended up finishing the soundtrack after the deal with Jackson broke down. Drossin would subsequently act as the sole composer on Sonic & Knuckles.

These are the achievements which add to the player's Gamescore on the Xbox Live Arcade version of Sonic the Hedgehog 3:

Sonic the Hedgehog 3 received extremely positive reviews from fans and critics alike. The game holds a score of 89.00% at GameRankings based on five reviews.[21] It was felt to be the best Sonic game ever. All the reviews in the column to the right are for the original Sega Mega Drive version of the game unless otherwise specified.

Andrew Humphreys of Hyper, who declared himself to not be a Sonic fan, said that the game was undoubtedly one the best in the series along with Sonic the Hedgehog CD, though he said that he preferred the Special Stages from Sonic the Hedgehog 2 over the ones in this game.[2] Sega Magazine stated that the game was "far superior than Sonic 2 as a whole" and "a serious contender for the Best Platform Game Ever award".[31] Sega Power wrote that, despite their skepticism, they found Sonic the Hedgehog 3 to be "excellent" and easily "the most explorable and playable game in the series."[30] Electronic Gaming Monthly awarded the game their "Game of the Month" award[24] and later ranked the game at number 1 in "The EGM Hot 50," indicating that it received the highest average score out of any game they had reviewed that year. GamePro wrote that it "proves that you can teach an old hedgehog new and exciting tricks. Take that old Sonic magic, add fun new variations, and you have another spectacular game."[25] 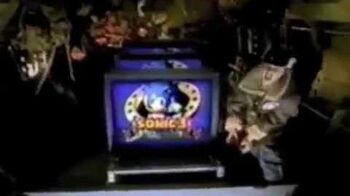 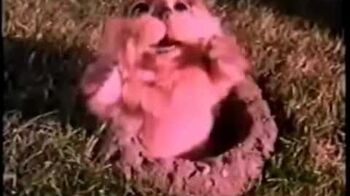 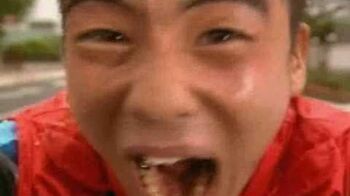