The show is loosely based on the video game series of the same name. The series aired from 18 September 1993 to 3 December 1994 on ABC. The series sharply contrasts with Adventures of Sonic the Hedgehog, a syndicated series that premiered in the same month.

The show ran for two seasons. The second season brought a few changes to the show, including the introduction of Dulcy, changes to Sally and Rotor's designs, Robotnik losing his reverberating voice and a somewhat lighter overall tone. A third season was in the early planning stages until ABC canceled the show because of low ratings (thought to result from competition with FOX Kids' Power Rangers). After SatAM was canceled, reruns of the show appeared on USA Network's USA Action Extreme Team.

The series was also televised in Canada on the CTV Television network between the same dates ABC did. However, CTV went beyond ABC's cancellation date of 3 December 1994, broadcasting one last summer rerun cycle between 10 June and 2 September 1995. The season 2 episodes in order to bid farewell to SatAM in Canada. A potential reason for CTV airing the show during those dates during the summer of 1995 was simply to run the rest of the 1994-1995 broadcast year out. The show has not been re-broadcast in Canada since its cancellation. The program initially had a complete run on Channel 4 on Sunday mornings. It was partly recently broadcast on the UK television channels Pop and ITV2. The first season aired in Ireland on RTÉ Two in December 1994.[3]

Despite its cancellation and limited recent airings, the show enjoys a large and loyal internet fanbase. In response to popular demand, the entire series was released onto DVD by Shout! Factory on 27 March 2007. On 2 February 2015, the show began streaming on Netflix, though it was removed on 28 February 2016.[4] On 15 March 2021, the first season aired on TA-DAA! channel in Malaysia.[2]

In 1993 an article in Sonic the Poster Mag #1, a spin-off of the British Sonic/Sega comic Sonic the Comic officially licensed by Sega Of Europe, announced two new television series staring Sonic the Hedgehog, Adventures of Sonic the Hedgehog and Sonic the Hedgehog. Within the four pages of plot synopsis and concept art, a group of screen shots that greatly differ from the rest appear without explanation.[5] These shots are considered to be very early concept artwork for the show, likely drawn as part of a pitch to Sega by staff writer Phil Harnage.[6]

One of these images, showing "The Freedom Team" was previously used (in Sonic the Comic #12) to promote the Adventures of Sonic the Hedgehog series, along with another, using similar art, presumably from the same timeframe. The supporting characters in the Pre-SatAM cartoon are most likely based on the small animals freed from enemies in the original Sonic the Hedgehog game. Most notable is the lack of Tails; it could be that the concept was drawn up before Tails' arrival in the franchise.[7]

Sonic the Hedgehog takes place on a planet called Mobius sometime in the 33rd century (in one episode, "Blast to the Past, Part 1," it was mentioned the year was 3224, when the characters were just five years old, making the storyline take place in the year 3235, also confirmed in the spin-off Archie comic). An evil scientist named Dr. Robotnik and his pet robot chicken Cluck invaded and conquered a huge city named Mobotropolis, with the help of his assistant and nephew Snively and his army of robot soldiers called Swat-Bots. He then used a giant airship called the Destroyer to turn Mobotropolis into a new city, renaming it Robotropolis, a polluted city of factories and warehouses. This invasion occurred on Friday the 13th, 3224, in an unknown month (potentially either 13 September or 13 December 3224) ("Blast to the Past, Part 1" and "Part 2").

Those who managed to escape retreated into the Great Forest and built a village named Knothole to hide from Robotnik. They formed a group called the Freedom Fighters. Among the Freedom Fighters were Sonic the Hedgehog: Charles' speedy nephew and the Knothole freedom fighters' de facto leader, as well as Sonic's best friend Tails: a young two-tailed fox who can twirl his tails to fly.

For ten years, the Freedom Fighters constantly foiled Robotnik's schemes. In the show's second season, a winged female dragon named Dulcy was a new star. Dulcy's mother, Sabina, was captured and roboticized along with most her species.

The show ran for two seasons before it was canceled. The final episode, "The Doomsday Project," ended with a cliff-hanger suggesting a new villain for season three; it was later revealed that the villain would have been a sorcerer from a previous episode named Naugus. There were rumors of a third season, but it was never produced.

Many fans and newcomers have debated over whose eyes were in the background at the end of the final episode. Some thought it was Knuckles the Echidna, while others thought Metal Sonic. On the popular semi-official SatAM website, Ben Hurst revealed that the eyes belonged to "Ixis Naugus. Not Knuckles. Not Metal Sonic. Ixis Naugus." He also did not specify if Knuckles and Metal Sonic would appear later on in the series, had it been able to continue.

For a full list of the characters in the Sonic the Hedgehog television series, see here.

Sonic the Hedgehog received mixed reviews from both fans and critics alike.

Mark Bozon of IGN criticized the show for not aging well, and being "so bad, it's good," comparing it to The Super Mario Bros. Super Show and The Legend of Zelda. Bozon continued on to say that it "seemed cool when you watched [it] decades ago," but that in retrospect, that is what made shows like SatAM so special.[8]

The show received good ratings on TV.com, gaining mostly positive reviews, getting an 8.3 out of 10 from voters of the website. IMDB, based on members' ratings, gave the show a 6.8 out of 10.

However, despite these reviews, the show has gathered a cult following, with fans of the show claiming this is the best Sonic television show, with many showing support for a potential reboot or continuation with a third season.

According to writer Ben Hurst, thirteen episodes were originally planned for the show's third season, but no scripts were written.

Furthermore, Tails matures and plays a much larger role as an official member of the Freedom Fighters, even showing a bit of a rebellious side and would save Knothole Village from a major disaster. Meantime, Dulcy would come into her full powers. It has also been said that Sally is romanced by someone other than Sonic, though in the end Sonic would eventually come out on top. Sonic would go through a major character change as well. Nicole's backstory would be told, revealing that she was once a Mobian child that was brainwashed into a computer program by Robotnik. At some point NICOLE would be restored to her former self, becoming a part of the Freedom Fighters.[9]

Robotnik and Snively's backstory would have also been revealed. Robotnik and Snively were originally from Earth (Mobius' past) and in the year 2200, attempted to take over the space colony they were living in. Inadvertently destroying it instead, Robotnik and Snively narrowly escape with their lives, and were somehow sent into the distant future where they return to Earth, only to find it had became Mobius. Thinking that he was superior to the sentient animals that inhabited the planet, Robotnik set about to conquer it in any way he could.

Numerous attempts have been made by fans to revive the series or recreate the lost season, but most have failed. The semi-official SatAM page hosts an unofficial web comic that aims to reproduce many of Ben Hurst's ideas and give the series the conclusion it never had. Appropriately, it is known as "Sea3on," and it is currently the most successful of the attempted continuations, having started in 2009 and still ongoing.[10]

In an interview with Peter Morawiec, a former programmer at Sega Technical Institute and the creator of Comix Zone, it was revealed that he had developed a prototype game based on the cartoon continuity, using a completely different engine than that of the traditional Sonic games. It would have been the second time that characters from the cartoon series would have shown up, and possibly the first video game appearances of the SatAM versions of both Dr. Robotnik and Snively. The game was to be called Sonic Mars. 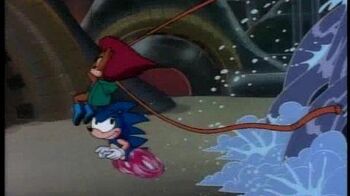 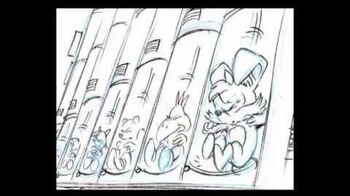 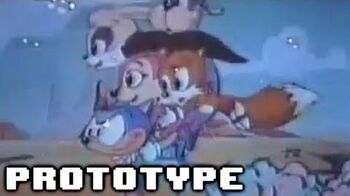 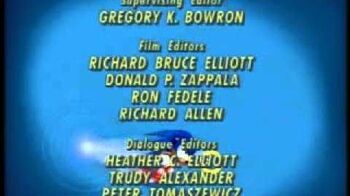 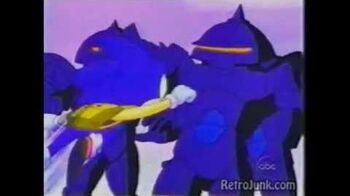 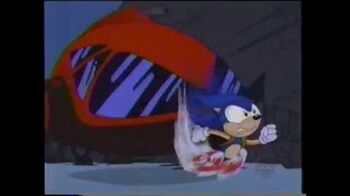 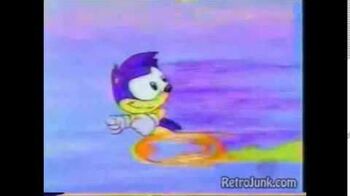 Sonic the Hedgehog in other media
Deutsch Español
Community content is available under CC-BY-SA unless otherwise noted.
Advertisement