The Sega Game Gear cover of Sonic the Hedgehog.

Sonic the Hedgehog (ソニック・ザ・ヘッジホッグ, Sonikku za Hejjihoggu?) is a platforming game in the Sonic the Hedgehog series and the 8-bit version of the original Sonic the Hedgehog on the Sega Mega Drive. It was initially released for the Sega Master System but was soon after ported to the Game Gear, which was released in October 1991 and then ported in December 1991. Sonic the Hedgehog was developed by Ancient Corp. in collaboration with a few Sonic Team members. Being released on Sega's previous 8-bit console and the first handheld title in the Sonic series, it is a separate game rather than being a straight port from its 16-bit counterpart. The game features several new gameplay elements which would become implemented in later 8-bit handheld titles.

The game is noticeable for featuring Sega's freelance composer Yuzo Koshiro, who is recognized as one of the finest game music and chiptune composers of the 1980's and 1990's. Koshiro rearranged many of Masato Nakamura's iconic music tracks from the game's 16-bit counterpart while also composing original content for this 8-bit version. Like later Game Gear and Master System games, this game has been re-released on numerous compilation titles and as an unlockable mini-game, including re-releases in the Virtual Consoles for the Wii and Nintendo 3DS.

South Island is a tropical paradise blessed with lots of vegetation and is where Sonic the Hedgehog lives with his Animal friends. It also hosts various jewels and ruins, and it is said that the island is where the legendary Chaos Emeralds lay dormant. The Chaos Emeralds themselves are six mysterious gemstones that can give energy to all living things, and can be used to fuel nuclear weapons and lasers through science and technology.[8]

Interested in using the Chaos Emeralds to conquer the world, the evil mastermind Dr. Ivo Robotnik invades South Island, traps all the local Animals, puts them in Capsules, and sends an army of Badniks to find the Emeralds.[8] After learning of the doctor's actions, Sonic returns to South Island to foil Robotnik's ambitions while he hunts for the Chaos Emeralds.

Eventually, Sonic finds Robotnik in his stronghold, Scrap Brain Zone. Despite the odds though, Robotnik manages to escape Sonic and reach his blimp in the Sky Base Zone via a platform. However, Sonic is able to reach Robotnik's blimp via the same platform. Traversing Robotnik's blimp, Sonic enters a trap-ridden room where Robotnik is waiting for him. Despite the odds, Sonic overcomes Robotnik's room and gets through Robotnik's barrier in the room. Defenseless, the doctor escapes to Green Hill Zone through a teleporter. However, Sonic follows Robotnik through his teleporter and lands a decisive hit on the doctor before he is able to escape in his Egg Mobile. From there, the ending of the game will depend on the player's process:

Sonic the Hedgehog is a side-scrolling platforming game with a lot of gameplay elements imported from its 16-bit counterpart, where the goal is to reach the end of each Act of a Zone (a level in the game) within ten minutes. The player begins the game with three lives. For the entirety of the game, the player takes control of Sonic, whose basic maneuvers and attacks include the Spin Jump and Super Sonic Spin Attack.

In each Zone, Rings appear everywhere. Like in most Sonic the Hedgehog games, collecting Rings protects the player from taking damage, though they cannot protect from drowning, bottomless pits, or Time Overs. When taking damage, Sonic loses all his Rings, which shown as a single Ring being dropped. Getting hit without Rings costs the player a life and make them restart from either the beginning of the Act or the last Arrow Monitor. Losing all lives either ends the game or provides another chance with a Continue. Collecting Rings also grants points, and getting 100 Rings gives an One-Up while also restarts the Ring counter from zero.

The game features Video Monitors with the same power-ups as its 16-bit counterpart, including Super Rings (grant ten extra Rings), One-Ups, Shields (protects from one hit), Power Sneakers (increases speed briefly), and Invincibles (grants brief invulnerability), though some power-ups are rarer than others. If the player survives an Act with the Shield, they will keep it for the next Act. There is also a single One-Up Video Monitor for each Act, and by collecting them all a last One-Up monitor will be available in the third Act as a bonus. Also, exclusive to this game are Arrow Monitors which save the player's progress in an Act after being broken, similar to Lampposts in the 16-bit version.

Exclusive to the game are the Bonus Panels at the end of the first two Acts of a Zone and the Special Stages. Upon being passed, the Bonus Plates will spin and give awards based on the image they show. In Special Stages, Bonus Panels will always have a Robotnik bonus when flipped. The rewards are:

Due to the hardware limitations of the Sega Master System and Sega Game Gear, the game's level design is significantly more straightforward than its 16-bit counterpart. There are no loops or alternative pathways as the game is based around basic side-scrolling platforming, with the only way to gain more momentum being the use of slopes, Springboards, and ramps. Because of this, the game tends to be challenging due to a large number of obstacles and different level gimmicks. Another feature players can find in the levels are the Chaos Emeralds. In one of the two main Acts for every Zone, there is a Chaos Emerald hidden and ready to be collected. Collecting all six affects the game's cinematic ending and grants extra points.

Sonic the Hedgehog consists of six Zones with three Acts each. The first two Acts involving standard platforming, while the third is a shorter one followed by a boss battle with Dr. Robotnik. The third Act also does not contain any Rings. After beating a boss, the player has to open the Metal Cage to free Animals inside and move onto the next Zone. Along with familiar Zones from the 16-bit version, this game features multiple original ones too:

The Special Stages are extra levels that can be accessed by passing Bonus Panels with at least 50 Rings. Since the Chaos Emeralds are not found here, Special Stages in this game serve as bonus stages for collecting Rings for extra lives and Continues under a strict time limit. These Stages take place in huge rooms with large amounts of Rings and bouncing gimmicks everywhere, like Bumpers, Springs, Flippers, and bumper pillars.

Sega's former freelance composer, Yuzo Koshiro, composed the original chiptune music of Sonic the Hedgehog, as well as rearranging the variations of Masato Nakamura's original music tracks from the original 16-bit game. Nakamura is credited as the sound producer of this game.

Like the 16-bit counterpart, the 8-bit version of Sonic the Hedgehog received positive reviews from gaming journalists and magazines during its release. The December 1991 issue of Computer and Video Games praises the game's speed, gameplay and graphical detail, but notes that the game is too easy.[10] Similarly, Mean Machines Sega praised the game for its graphics, the speed and being favorably comparable to the Sega Mega Drive version.[16] GamePro praised the Master System version of game for its speed and graphics as well.[13]

The 2013 re-release of the game received 8 out of 10 score from Nintendo Life, praising its tight controls, a great sense of speed and plenty of personality, while concluding the review by stating the game as "a speedy, smile-inducing classic".[18] IGN reviewed the Wii Virtual Console re-release of the game, writing that although it was not as visually appealing, fast, or as ambitious as its 16-bit predecessor, the 8-bit Sonic the Hedgehog was still a competent game in its own right with unique level designs that managed to retain the feel of the original.[15] GameSpy, reviewing Sonic Mega Collection Plus, felt the 8-bit Sonic and Sonic Chaos were the series' only Game Gear installments worth playing.[21]

Sonic the Hedgehog also received the fourth place on GamesRadar's "Best Sega Game Gear games of all time" list, which stated that "speed isn’t what it would become in Sonic’s later adventures, but your reflexes will still be tested in later levels; surely a little space to get up to speed is forgivable, after all."[22]

Both the Sega Master System and Game Gear versions of the game are the same with differences related to hardware limitations. These include: 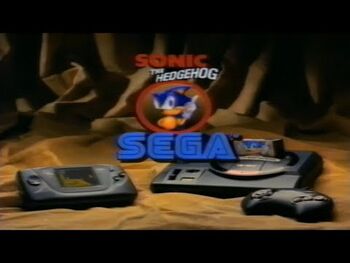 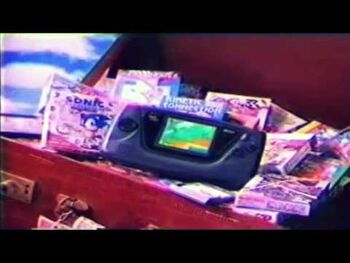