Sonic X: The Complete Series is a Blu-Ray set containing all seventy-eight English dubbed episodes of the Sonic X anime series. It was released on 28 May 2019 by Discotek Media, and the series was released over two discs.[1]

The Evil Doctor Eggman has gathered the seven Chaos Emeralds for his latest dastardly scheme, but like a bolt from the blue, Sonic the Hedgehog arrives to save the day! Only this time, an accident triggers Chaos Control, Hurling everyone into a different world, a world that looks an awful lot like our own. To get home, Sonic together with Tails, Amy, Knuckles, and all the gang must find the Chaos Emeralds. But he’s not the only one looking for them! Doctor Eggman has come to this world as well, and while the other might just want to return, Eggman sees a new land ripe for making part of his Eggman Empire! The race is on, and when it comes to speed, there’s no way Sonic can lose! Don’t blink and don’t think, because Sonic X is out of this world!

Menu: New World Saga
Add a photo to this gallery 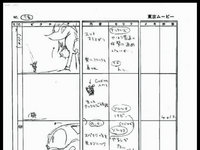 Included storyboard
Add a photo to this gallery