View source
watch 02:46
The Quarry - The Loop
Do you like this video?
Play Sound
Main page CreditsManualsGallery

The racing game with an attitude

Sonic R (ソニックR, Sonikku R?) is a racing game in the Sonic the Hedgehog series that was developed by Traveller's Tales and Sonic Team. It was initially released for the Sega Saturn and was later ported to PC in 1998.

After various struggles with Dr. Robotnik, Sonic and Tails are off having a leisurely time together. While on an adventure of theirs however, they eventually go to a town, where they find a gigantic screen on a building that is announcing a World Grand Prix, and that it is recruiting contestants for the race. Tails is interested in participating, if only to test himself against others, but Sonic is not into the idea. However, he changes his mind when he finds out that one of the contestants is Dr. Robotnik. He then rushes off to participate in the World Grand Prix, while Tails follows him.[4]

At the same time, there is a spy satellite far above the ground that is scouting Sonic and Tails. This satellite is being used by Dr. Robotnik, who has found out that the Chaos Emeralds are hidden along the race tracks of the World Grand Prix. He proceeds to gloat that he has planned to lure the heroes to the race, so that, if they find the Emeralds, he will steal them for himself. Robotnik then turns around. From the corner of his eye, several cold silhouettes appear, their red eyes glowing eerily in the dim darkness. He then proceeds to laugh, saying that, this time, his dreams of world domination will become a reality.[4]

Meanwhile, the World Grand Prix competitor recruitment commercials are airing worldwide. When they arrive, Sonic and Tails find out that they are not the only ones who saw the news of this event, as they find that Knuckles and Amy are participating as well.[4]

Sonic R is a 3D platformer third-person racing video game. Here, the player can take control of one of ten characters, four of which are unlocked at the beginning of the game. In addition to the racing gameplay, the game also makes use of exploration elements, with each course having various secrets to find.

The main objective of Sonic R is to finish in the top 3 of each race. Various elements can be found throughout the courses to grant the player an advantage. Abundant in the game are Rings, which can be used to activate Accelerators and open Ring Gates that lead to shortcuts and secrets. There are also some special items, such as Sonic Tokens and Chaos Emeralds, which can be used to unlock other features in the game.

Sonic R has five courses: Four of which are available at the start of the game and one which is unlocked by finishing first in all four unlocked courses. The main game-play is the Grand Prix, in which the courses are played with the goal of finishing in first in each. The courses do not need to be played in succession, but are displayed in the following order:

The Time Attack[10] mode in Sonic R is completely different than the Time Attacks in the previous Sonic the Hedgehog games. This mode allows the player to familiarize themself with the courses in a casual setting. There are four different modes within the Time Attack menu, and are as follows:

The 1P VS 2P[11] game mode is the multiplayer aspect of Sonic R. Two different options are available, Normal and Balloon, which are described above. The players race to complete the three laps of the course first in Normal mode and try to locate five balloons first in Balloon. No Sonic Tokens or Chaos Emeralds can be collected in the multiplayer mode.

Options is where the player can adjust a variety of game settings. Pressing

the option will toggle between on and off.[11]

Sonic R received generally positive reviews from critics at the time of its release, although retrospective commentary has been more mixed. The Sega Saturn version holds an aggregate score of 68.92% on GameRankings based on six reviews,[12] while the PC version received 70.00% based on two.[13]

Ryan MacDonald of GameSpot commented positively on the graphics and audio, but said that the game is "so short that you'll probably finish it the day you rent it."[18] Game Revolution noted that the game was "a little different" from normal racing games, but was highly critical of the music, remarking that "with lyrics like 'Can you feel the sunshine brighten up your day', you feel like Disney has suddenly taken over the world and Gestapo mice are forcing you to smile all the time", and the "wily and inexact" controls.[21]

Sonic R is an album for the soundtrack of the game. It was released by Marvelous Entertainment in Japan in October 1997.[22] It contains a total of twelve tracks, two of which are remixes exclusive to the album. A digital version was released in 2014 and included the instrumental versions of the tracks, but excluded the remixes from the original release.[23] 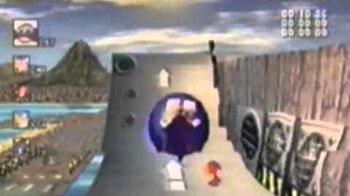 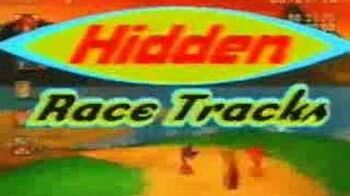 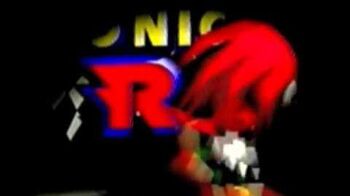 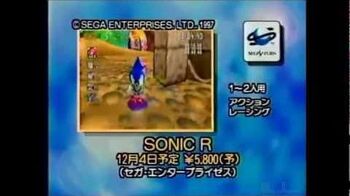 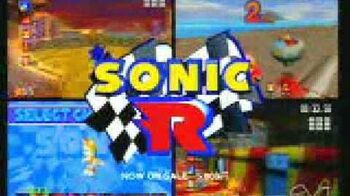 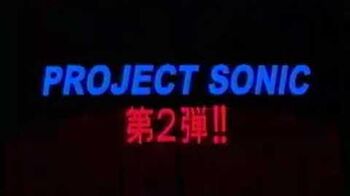 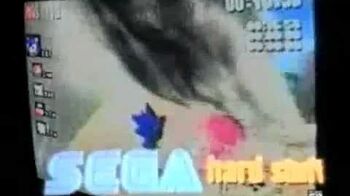 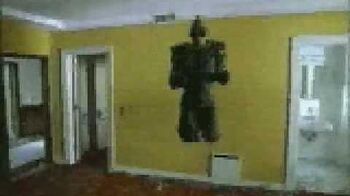