The tentative logo for Sonic Prime.

Sonic Prime[4] is an upcoming 3D animated Netflix series. It is set to be the sixth animated show based on the Sonic the Hedgehog series, the second to be computer-animated, following Sonic Boom, and the first to make its debut on a streaming service.[2]

On 10 December 2020, it was announced that a 3D animated series based on the Sonic the Hedgehog series was in development by Man of Action Entertainment and WildBrain. However, the announcement was quickly withdrawn by its source.[2]

On 1 February 2021, a press release was revealed that unveiled that Sonic Prime will be animated at WildBrain's Vancouver studio. Sega and WildBrain will jointly participate across production, distribution and licensing while Man of Action will act as showrunners and Executive Producers for the series. Sonic Prime is expected to have 24 episodes and will be released sometime in 2022 on Netflix.[1] Over the course of March 2021, Betty Kwong (Ninjago and The Lego Star Wars Holiday Special) and Nicholas Kole (Crash Bandicoot 4: It's About Time and Spyro Reignited Trilogy) revealed themselves to have been hired as designers for the series.[5][6]

On 25 February 2021, SEGASammy revealed in a Q&A that they did not expect to get any direct financial gains from Sonic Prime. Instead, it will be used to bring attention to the Sonic property and its multifaceted rollout, “strengthening” it.[7] There are similarly no plans about making the series into a video game, like Sonic Boom.[8]

On 27 May 2021, during the Sonic Central presentation, Joe Kelly give a brief synopsis of the upcoming show: "Sonic will be thrusted into a high-speed adventure, through the strange and mysterious Shatterverse. It's up to Sonic to save the universe and along the way experience moments of self-discovery and redemption." He later stated there will be more information on a later date, one of them the explanation of the new Eggman Empire logo behind him. Later, on 23 June 2021, concept artwork related to Sonic Prime was revealed on the portfolio of Patrick Horan, one of the designers for the series.[9] However, the site was removed soon after it was noticed. On 9 October 2021, Man of Action writer Duncan Rouleau announced on Twitter that Ian Flynn was hired as a consultant for the show.[10]

On 3 May 2022, a teaser for the show would be featured at the end of Netflix's "Netflix After School" preview for 2022, along with other upcoming animations.[11] Later, on 26 May 2022, Netflix announced that Sonic Prime would be featured on 10 June 2022 as part of their "Netflix Geeked" event.[12] During that event, another sneak peak at the show was shown, showcasing Big the Cat and Froggy, as well as a few more plot details about the show. It was also revealed that the show will feature a "reinvented cast" and Sonic like he has never been seen before.[13]

On 7 June 2022, Sonic Prime was featured on the Sonic Central video presentation once more, where a promotion of the show was presented, along with a sneak peak showcasing Shadow dashing through Green Hill.[14]

Sonic Prime is described as a "high octane adventure" following Sonic and his race to save a "strange new multiverse". As a strange twist thrusts Sonic into a new adventure where the fate of the multiverse rests in his hands, Sonic must now not only race to save the universe from Dr. Eggman, but also save his friends, whom he until now has taken for granted.[13] The show is also described as a "journey of self-discovery and redemption."[1]

Accordingly, the show takes place in the same settings seen in the Sonic games and will feature Modern Sonic.[8] 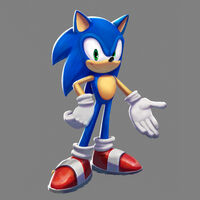 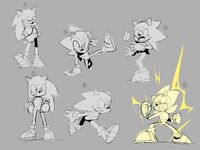 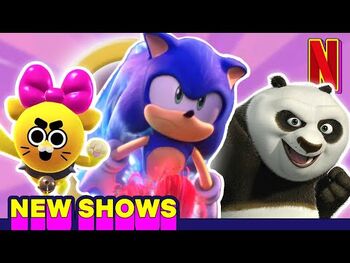 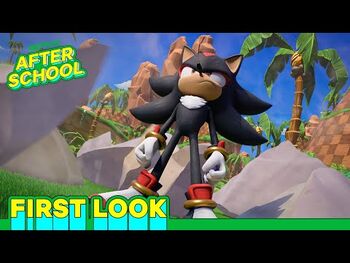 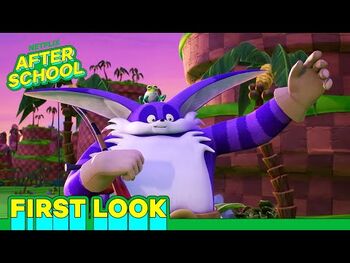