View source
Welcome to the Sonic News Network!
The Sonic News Network is a collaborative encyclopedia for everything related to the Sonic the Hedgehog series. There are 17,320 articles and growing since this wiki was founded in September 2005. The wiki format allows for anyone to create or edit any article, so we can all work together to create a comprehensive database for the Sonic the Hedgehog series.
News and Updates 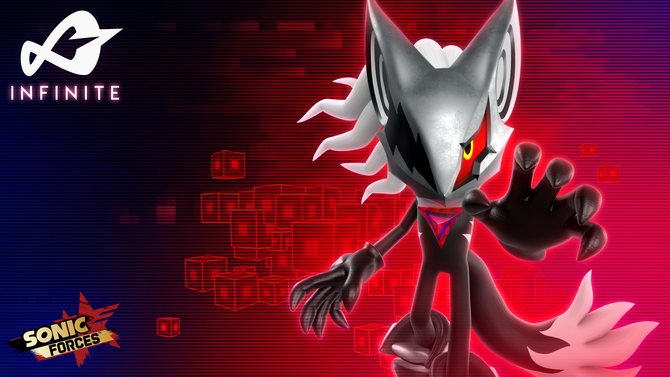 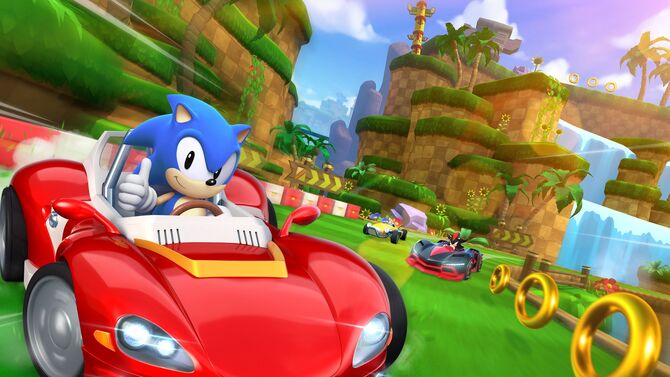 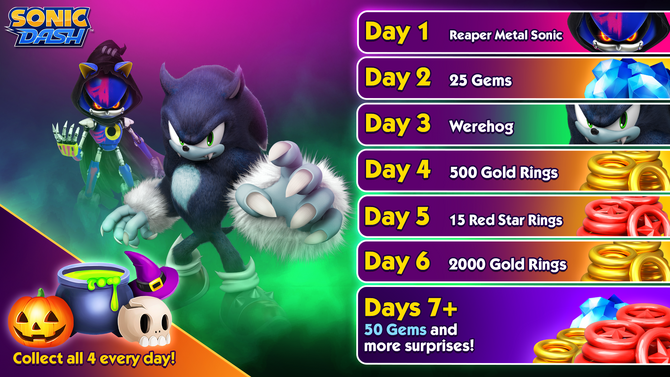 Starline's plan is entering its final tests in the latest Sonic issue!

The reaper and the Werehog are haunting Sonic Dash!

To write a new article, just enter the article title in the box above. If you are not sure where to start, read through our policies and guidelines. For editing help, see Wikipedia's article to get a general knowledge about editing in the wiki environment. Then lend us a hand with some of these:

Featured Article
Infinite
Infinite (インフィニット, Infinitto?), also known as the "ultimate mercenary" (究極傭兵, Kyūkyoku Yōhei?), is a character that appears in the Sonic the Hedgehog series. He is an anthropomorphic jackal, and the former captain of the Jackal Squad mercenary group. During a raid, Infinite was hired by Dr. Eggman to become the leader of the Eggman Army, only for him and his squad to fall at the hands of Shadow the Hedgehog while protecting one of Eggman's facilities. Ashamed of his loss, Infinite decided to obtain the power of the Phantom Ruby not only as a means of becoming stronger, but also to abandon his "weak" past self.

With his newfound power, Infinite aided Eggman by helping him expand the Eggman Empire to its largest size to date after defeating Sonic the Hedgehog. Near the end of the war with the Resistance though, Infinite engaged Sonic and the Avatar on multiple occasions until he was defeated during the decisive battle for the planet and consumed by the Phantom Ruby.

Previously Featured: Sonic the Werehog, Sally (SatAM), Sonic Colors, Sonic the Hedgehog 30th Anniversary Symphony, Whisper the Wolf
Poll
Comic Issues
IDW Sonic the Hedgehog Issue 46
Belle boots back up, looks on to see the forest on fire, and takes short notice of two figures standing at a distance away from her. Taking into account what is happening, she discovers her severely burnt right hand, which now shows her metallic skeleton. Belle's hand begins to catch on fire. Read more...
Sonic the Hedgehog: Imposter Syndrome Issue 1
At Starline Base Sigma, Dr. Starline is logging a video. He talks about his plan, "Operation: Remaster", and how it is moving into its final stages. He wishes to break what he calls "The Sonic Cycle" with this idea of his. In summary, Dr. Eggman enacts a plan to reshape the world, Sonic arrives to put a stop to it, sometimes with his allies, and then with the day shifting to Sonic's favor, the general populace return to their regular lives. Read more...
IDW Sonic the Hedgehog Issue 47
Amy, Tangle, Jewel, and Belle's peaceful camping trip is still up in flames... literally. The fire is blazing but all the tension from before has melted away and the heroines are ready to save the day! Plus, being confronted with such danger has some reevaluating their futures... Find out more in the final part of "Trial by Fire"! Read more...
Sonic the Hedgehog: Imposter Syndrome Issue 2
Surge and Kit are put to the test! Dr. Starline is almost ready to launch his grand plan, but first he must ensure his creations can perform under pressure. But more powerful doesn't always mean better... can Surge and Kit live up to the heroes that inspired their creation? Read more...
Social
Twitter

If you see this text, your JavaScript might be disabled or DiscordIntegrator plugin isn't working. If the latter, please contact one of our administrators.

Want your community included? See how!

The Sonic News Network is a wiki fan site hosted on FANDOM and managed by the fans of the Sonic series. It is in no way affiliated with Sega, its subsidiaries, or any other company that releases Sonic official material under Sega's supervision.