View source
watch 02:56
Raise a Floppa - The Loop
Do you like this video?
Play Sound
Main page ManualsGallery

The ultimate celebration of past and future.

Sonic Mania Plus (ソニックマニア・プラス, Sonikku Mania Purasu?) is an expanded version of Sonic Mania. It was released in July 2018 both physically and digitally for the Nintendo Switch, PlayStation 4, and Xbox One consoles; and as a digital-only release on Steam for the PC. The content introduced in this version was also made available as downloadable content to digital copies of the original game for all platforms.[3]

This re-release adds two new characters to the game, Mighty the Armadillo and Ray the Flying Squirrel, as well as a new game mode, Encore Mode, and expands the Competition Mode up to four players.

Around the time of the release of Sonic Mania Plus, a patch was released for the base game which includes many changes and bug fixes from Sonic Mania Plus. However, the new content is separately included as a downloadable DLC named "Encore DLC".

Hyperkinetic Studios was part of the development of this update. Since Tee Lopes was busy working on the soundtrack for Sonic Mania Adventures, one of the members of Hyperkinetic, Hunter Bridges, worked on the new music tracks along with Falk Au Yeong.

In the aftermath of the War to Take Back the Planet, Sonic is transported back to his dimension's Angel Island. However, he finds out that the Phantom Ruby has survived the past incident and followed him home. The ruby then floats away, and Sonic tries to catch it. Eventually though, he finds it above two familiar figures trapped in a trap box. These are none other than Mighty the Armadillo and Ray the Flying Squirrel, two of Sonic's old friends who helped him on a previous adventure.[4] Upon freeing them, Sonic sides with one of them. Suddenly however, the Heavy Magician reveals herself to have been disguised as the other prisoner and steals the Phantom Ruby, leaving Sonic and his new teammate to chase her down. However, they arrive too late, as the Heavy Magician gives the Phantom Ruby to the wrecked remains of the Phantom King, among the Phantom Heavies. The Phantom King then uses the Ruby to restore the Hard Boiled Heavies, leaving Sonic and his teammate to begin hunting them down in Green Hill Zone. Along the way, they find their other friends, who join them on their adventure.

Eventually, Sonic and his group get attacked by Dr. Eggman in his Death Egg Robot, though they manage to defeat him, with the robot falling into the ground until it gets stuck in a cave. When the heroes go there to check it out, they find that Eggman has discovered the surviving Hard Boiled Heavies with the Phantom Ruby. Deciding to use the gem once again for his own plans, the doctor takes the Phantom Ruby and uses it to send Sonic's crew to Chemical Plant Zone. Not giving up after this, the group continues their adventure from there, defeating various of Eggman's machines, including the Hard Boiled Heavies, along the way.

Eventually, Sonic and his friends discover that Dr. Eggman has seized Little Planet once again. Traveling to the planetoid and entering the re-built Titanic Monarch Zone, the heroes find and fight Eggman wearing his Phantom Egg. After destroying the Phantom Egg, the game's ending will depend on the player's progress:

Encore Mode is a game mode exclusive to Sonic Mania Plus that takes place after the events of the game's Mania Mode and the conclusion of Sonic Forces, and sees the player progressing through altered Zones with new gameplay rules. Encore Mode has three save states that recompile the player's process, as well as a "No Save" mode. However, unlike Mania Mode, Encore Mode does not have any options to modify the gameplay.

Encore Mode includes all the Zones from Mania Mode (except Egg Reverie Zone), slightly modified with different color palettes and minor tweaks to the level design. In addition, there are new areas and different object placements that makes Encore Mode appear as an expanded version of Mania Mode. New pathways make use of all of the five characters' abilities, and some Giant Rings have been moved to other locations. The Special Stages remain figuratively unchanged from Mania Mode's, but the artistic layouts are in reverse order, and the Stages themselves are more difficult. Angel Island Zone has also been added as an introductory Zone; as a result of this, Green Hill Zone is the second Zone in this mode instead of the first.

Encore Mode also features a new party and lives system. At the beginning, the player starts with Sonic and either Mighty or Ray. The player is in control of one of the characters while the other is controlled by the AI and can be switched by pressing

Competition Mode is expanded to allow up to four players simultaneously.[3] When playing with two or three players, player 1 can customize the screen division.

Sonic Mania Plus adds the option to save replays of completed Time Attack attempts.[7] The player can save as many replays as their system's storage will allow. Once a replay has been saved, the player can play back the replay, or challenge it. When challenging a replay, the player's previous attempt will be shown as a ghost during gameplay.

During an interview with Famitsu, Takashi Iizuka explained that Sonic Mania was not intended to have a physical release; Sega staff requested one, but a retail version would have presented a challenge for the production schedule. After the game launched, fans also expressed interest in a physical version. As a retail release would cost more than the downloadable version, the team added value with new content.[9]

When it came to deciding the new content, Sonic Team followed Sonic Mania's way of giving stimulus to fans’ curiosities and expectations by adding Mighty the Armadillo and Ray the Flying Squirrel, two highly requested characters, to the game, despite them being considered "sealed characters" by Iizuka; to accommodate them, level designs had to be altered. When the team had to decide on Mighty and Ray's special actions, Mighty received his "Hammer Drop" after the team reflected on his "strong guy" setting and hard shell, while Ray received his "Air Glide" as a callback to his species. Multiplayer was also updated to have up to four players at once because there were more characters to select from.[9][10]

With the announcement of Sonic Mania Plus, a wave of promotional material was announced. Those buying the physical version of Sonic Mania Plus received a holographic slip cover, a reversible SEGA Genesis/Mega Drive-themed sleeve (for the United States, Europe and Japan, respectively), and a 32-page art book.[3]

Exclusive to Japan, the physical release of Sonic Mania Plus included limited edition packages that featured artbooks and the game's soundtrack on CDs. The soundtrack is a double disk album with fifty-four tracks, which included all Sonic Mania tracks (excluding compositions by Masato Nakamura), all Hyper Potions tracks (including "Time Trials Plus") and all Sonic Mania Plus songs, including "Time Trial Plus" with Crush 40’s Jun Senoue on guitar.[11]

There was also a SEGA Shop Japan exclusive Deluxe package containing physical goodies like a t-shirt, canvas purse, and stickers.[6][8][11]

Like its original version, Sonic Mania Plus was subject to positive reviews from critics and fans alike, with scores of 86%, 90% and 91% on GameRankings for the PlayStation 4, Xbox One, and Nintendo Switch versions respectively.[12][13][14]

The inclusion of Mighty and Ray received critical acclaim. The addition of Encore Mode to the game was also well received. Matt Spinelli from GameSpot said that the new mode was a "welcome change-of-pace" that made the original levels more tense and exciting. He also said that the possibility of playing as all five characters at the same time made the experience much more varied, and that returning players are likely to spend the most time playing in this mode.[21] Similarly, Michael Leri from GameRevolution wrote that the new backgrounds looked as gorgeous as the original ones, though too similar to these. Additionally, he said that "new pathways are a more substantial change but the levels are already so expansive that a few new routes will only stick out to those who have memorized the layout."[20] Mollie L. Patterson, from Electronic Game Montly, liked the gameplay style of Encore Mode, saying that it encouraged replay-ability even for those who were addicted to the original game, and that it was also nice for players who were not too fond of the Sonic and Tails duo or the "Knuckles & Knuckles nonsense" either. Nonetheless, she felt that the idea was underdeveloped, but that it was better to have it than not.[19]

However, the lack of features introduced in Sonic Mania Plus was subject to criticism. Heldi Kemps from IGN said that Encore Mode was "rather disappointing" due to its lack of major changes. She also criticized the option to play as only two characters at the same time, meaning that the player would not be able to pass through certain paths with the characters they are using; as well as the "frustrating" new Special Stages. However, she appreciated the lack of Time Overs and the minor tweaks of some bosses to make them easier.[22] GameRevolution was also critical of the "punishing" level design of the game, which he found "tragically ironic" since "most Sonic games are about moving forward." He criticized the life system, which allowed the player to have only five "lifes" and that, after getting a Game Over, the player would be left with one single "life" and forced to get the rest of the crew on their own.[20]

New cheat codes were added which can be entered in the Sound Test on the Level Select:.[33] These cheat codes can only be accessed in No Save Mode (This is done by enabling Debug Mode in the Game Options and holding

/[Q] while selecting a No Save game) but can be accessed from the base game without the DLC. 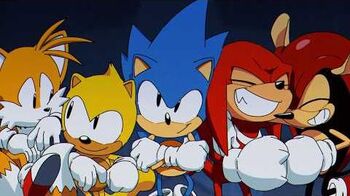 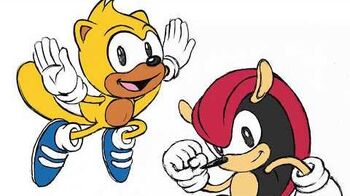 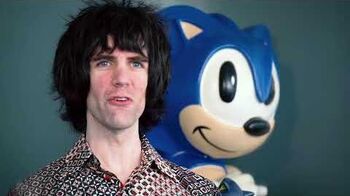 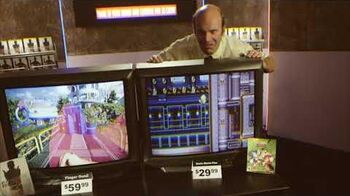