View source
watch 02:56
Raise a Floppa - The Loop
Do you like this video?
Play Sound
Main page CreditsScriptGlitchesGallery

Sonic Colors: Ultimate (American English) (ソニックカラーズ アルティメット, Sonikku Karāzu Arutimetto?) or Sonic Colours: Ultimate (British English), is an enhanced remaster[3] of the Wii version of Sonic Colors. It was released on 7 September 2021 both physically and digitally for the Nintendo Switch, PlayStation 4, and Xbox One consoles, and as a digital-only release on for PC via the Epic Games Store in most countries and on 9 September in Japan. It can also be played on Xbox Series X and Series S and PlayStation 5 via backwards compatibility.[1] Players who opted for the Digital Deluxe version of the game instead received the game on 3 September 2021.[4]

The game's controls have been refined from what they used to be.[6] While the original release utilized the Wii Remote's motion controls to activate Color Powers, as well as its pointer to navigate the World Map, Sonic Colors: Ultimate does not feature any motion controls.[3] The controls can even be customized to different button layouts as per the player's preference.[20]

These are the achievements for the Xbox One, PlayStation 4, Nintendo Switch, and PC versions of Sonic Colors: Ultimate.

According to Sega and Takashi Iizuka, Sonic Colors was chosen to be remastered because of the increase of new and younger fans since the releases of Sonic Mania, Sonic Forces, and Team Sonic Racing, as well as the success of the Sonic the Hedgehog film.[21][7] Since Iizuka wanted to deliver the "quintessential Sonic game," and Sonic Colors since was a rather successful game on its original hardware, it was deemed the ideal game to serve as the continuation for the aforementioned fans. However, since it was exclusive to the Wii and Nintendo DS, it was decided to make a remaster of the game.[21][7] In addition, new features were added to help beginner players play the game.[21] In an interview with Famitsu magazine, Iizuka explained that Sonic Colors: Ultimate was named this way because it is intended to be the definitive version of Sonic Colors that includes many features that were missing in the original.[22]

Sonic Colors: Ultimate was primarily developed during the COVID-19 pandemic, with the staff working on the game from home. However, according to director Aaron Roseman, it only took the staff a few weeks to adapt to those changes. Roseman also stated that the game does not use all the technical features of the Xbox Series X and PlayStation 5, but runs very well on both consoles.[3]

When it came to "translating" Sonic Colors from a Wii game (whose console was all about motion controls) to another game pack, the developers made use of the format in the original Sonic Colors that supported the standard game controller and "mimicked" the button layer from there over to Sonic Colors: Ultimate.[3]

Rumors about a remastered edition of Sonic Colors began circulating in April 2021 when said game was found listed in the portfolio of the German dubbing studio, IK Sample (which is also the same studio that dubs the Sonic games in German).[23] The game was later officially announced during the Sonic Central video presentation on 27 May 2021 that showcased news regarding the Sonic the Hedgehog 30th Anniversary celebration. Among these announcements were also the announcement trailer for this game.[24]

On 28 May 2021, 3D artist Brian Connelly, who worked on shaders and VFX, shared his work on ArtStation.[12] One of the examples featured interface element of the open-source engine Godot, indicated that this was the engine the game was built on. This lined up with a LinkedIn profile of a Blind Squirrel Games developer which mentioned an open-source engine.[25]

On 28 July 2021, it was announced that a two-disk album titled Sonic Colors: Ultimate Original Soundtrack "Re-Colors" featuring tracks from the soundtrack would be released by Wave Master as a physical format and in digital format worldwide on various distribution sites and subscription-type music distribution services on 29 September 2021, although pre-orders were already made available on 29 July 2021. It contains thirty-eight songs, including arrangements of original vocal and instrumental songs, as well as new songs for the new Rival Rush mode. Its booklet also contains commentary on all the songs by the remixers.[26][27]

On 27 May 2021, along with the announcement of Sonic Colors: Ultimate, official media revealed that, for a limited time, those pre-ordering the standard retail physical copies of the game would receive an exclusive Baby Sonic keychain based on the character from the Sonic the Hedgehog film. Those who pre-purchased the Digital Deluxe version of the game on the other hand received the following in-game content:[6]

Much like with Sonic Forces and Team Sonic Racing, a Twitter Takeover event was held by the English voice actors of Sonic, Tails, Eggman, Shadow (despite not appearing in the game), and Yacker answering fan questions on Twitter to promote the release of the game. Unlike in the game, Tails and Yacker are voiced by Colleen O'Shaughnessey rather than Kate Higgins and Utako Yoshino respectively.

Other promotions included Planet Wisp being added as a location in Sonic Forces: Speed Battle, along with two new tracks and a special Event. The Wisps also appeared in Sonic Dash as collectible items for a limited time, in which collecting four of them would grant the player various rewards.

Sonic Colors: Ultimate has received generally favorable to mixed or average reviews from the critics. Mitchell Saltzman from IGN expressing that the port still holds the original game up as "one of the best modern Sonic games", but remarked that the amount of new stuff added into the port fails to elevate the gaming experience beyond that of the original game apart from the frame rate and resolution upgrade. He also panned the lack of toggle between the original and remixed soundtracks.[32] Mitch Vogel from Nintendo Life praised the not in-depth plot, the inclusion of the Wisps, gameplay variety and the new additions presented in the port, but disliked the little enhancements made to the Nintendo Switch port in terms of performance and graphics as well as the 2.5D sections and the remixed soundtrack.[33] Cristina Alexander from "The Gamer" also praised the additions presented in the port. However, she found the Jade Wisp to be underwhelming.[34] Chris Carter from Destructoid praised the "expansive stages" that some of the Wisps allow in a stage, the gorgeous levels, its replayability and the labyrinthine layout, but criticized the "pushover" and recycled bosses, and the "not-on point" writing.[31]

On the other hand, while certain fans feel that while Sonic Colors: Ultimate stays faithful to the original game, it did not improve the "wooden physics" provided when Sonic is jumping around on a 2D plane found in the original game. In addition, the extra modes and features could not add anything to offset the story or enhance the level design. Fans have also criticized some of the remixes played during the stages and the amount of glitches.[36] Stephen Tailby from Push Square, while in agreement with most of the positive reviews, criticized the "smudgy" cutscenes, several of Sonic's abilities being mapped to the same buttons, frustrating level design at times and the recycled bosses; giving the game a score of 6 out of 10.[35] Ben Clarke from the BBC felt that the remaster has "butchered" the original game's experience for him. He criticized the "incredibly blurry and compressed" cutscenes, the lack of toggling option between the remixed and the original soundtrack, the "disappointing" number of Rival Rushes, the various glitches, the number of game crashes as well as panning the visual issues that happen to stages and objects; making them feel inconsistent with each other.[37] 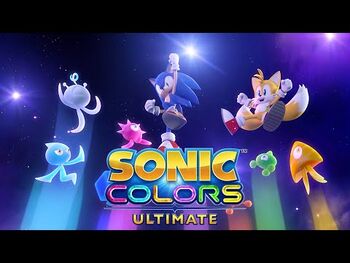 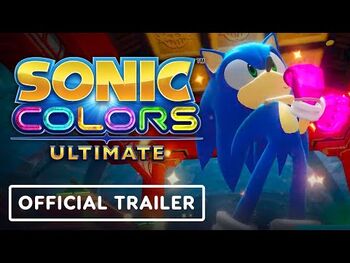 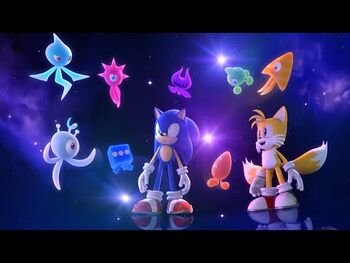 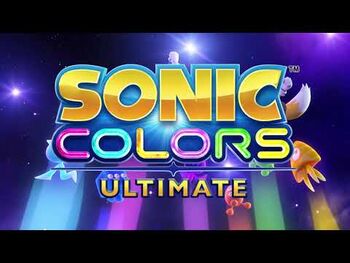 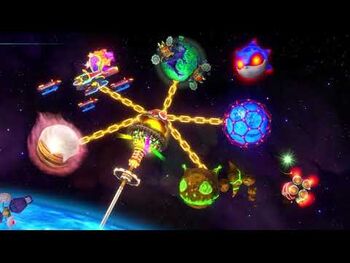