View source
watch 02:56
Raise a Floppa - The Loop
Do you like this video?
Play Sound
Main page GlitchesBeta elementsGallery

If the Rocket Shoe fits, wear it.

Sonic Chaos (ソニック＆テイルス, Sonikku to Teirusu?, lit. "Sonic & Tails"), also known as Sonic the Hedgehog Chaos, is a platforming video game in the Sonic the Hedgehog series first seeing release on the Sega Master System exclusively in Europe, followed by a worldwide release for the Sega Game Gear in 1993. Developed by Aspect and published by Sega, the game was the last platform-based Sonic title for the Master System in Europe.

Sharing many gameplay elements with Sonic the Hedgehog 2 (8-bit), the game features new movesets for the playable characters, new power-ups, and different mechanics. Sonic Chaos is notable for being the first 8-bit Sonic title to feature Tails as a playable character.

South Island is a peaceful island, where the six mystical Chaos Emeralds of infinite power that give life to all things lay dormant. Depending on their use however, they can become fearful weapons used for nuclear bombs and laser weapons.[6] It is this potential that has prompted the evil genius scientist Dr. Robotnik to take action once more.[7]

One day while out on an adventure, Sonic the Hedgehog and Miles "Tails" Prower hear a nasty rumor that Robotnik has gotten his hands on one of the Chaos Emeralds. Hurrying back to South Island, they discover that the once peaceful island is in a state of chaos. As it turns out, when Robotnik took one of the Chaos Emeralds, the rest were scattered and the island has begun sinking into the sea, as it is usually held together by the power of the Emeralds. While Robotnik is sure that he has won this time, Sonic resolves to regather the Chaos Emeralds and save South Island. As such, he sets out on his new adventure, with his sidekick Tails right by his side.[7]

Sonic Chaos is a 2D side-scrolling platforming game with similar gameplay to the previous 8-bit Sonic the Hedgehog games. The player can choose between Sonic the Hedgehog or Miles "Tails" Prower to play as. With Sonic, the player gets three lives and no Continues from the start, while Tails grants the player five lives and three Continues.[6] By comparison, Tails moves slower than Sonic. The main goal is to reach the end of each Act of a Zone (a level in the game) within a time limit.

The characters can use the basic Spin Jump and Super Spin Attack maneuvers, along with the Super Spin Dash introduced in Sonic the Hedgehog 2. From Sonic the Hedgehog CD, Sonic has also been given the Strike Dash to dash off at maximum speed. Tails has similarly been given a separate ability called Airman Tails which lets him fly in mid-air for a short time.

Rings are found in every Zone and, like in other Sonic games, collecting them protects the player from taking damage. Receiving a harmful hit will make the player drop all their Rings, though some can be recollected before they disappear. Getting hit a second time without any Rings causes the player lose a try and make them restart the Act. A character will also lose a try if they spend too long underwater without replenishing their air supply, fall into a bottomless pit, or run out of time. If a character loses a try when the number of Continues remaining is zero, the game will end. For Sonic, collecting 100 Rings transports the player into a Special Stage. For Tails, who cannot enter the Special Stages, he instead gains an extra life after collecting 100 Rings. Also, each Ring grants points at the end-of-Act tally for each character.

Like many other Sonic games, Sonic Chaos features Video Monitors that contain power-ups, such as Super Rings (grants ten extra Rings), Speed Shoes (increase acceleration briefly), Invincibles (grants temporary invulnerability) and Extra Lives. Exclusive power-ups to Sonic are the Rocket Shoes, which let him fly in the air for a short time. For Tails, any Video Monitors with Rocket Shoes in his Acts are replaced with Super Rings.

Each Zone in Sonic Chaos is quite short, with a linear design and few alternate routes, making progressing through the game rather simple. Zones contain structures like loops, corkscrews, and high-speed warp tubes, along with a few other gimmicks. Generally, Springs are hidden in the ground for the player's surprise and the new Pogo Springs can be activated from metallic boxes. The latter gimmick lets the player bounce around on a mobile Spring for higher elevation.

Aside from the game's main goal, the player can collect the six Chaos Emeralds for Sonic. The first five Emeralds can be collected from the Special Stages while the sixth is obtained automatically after the game's final boss. Collecting all six unlocks the game's cinematic good ending. When playing as Tails, the player gets the good ending either way.

Like in previous games, Bonus Plates appear at the end of the first and second Act of each Zone. Upon passing them, the player's speed, which is seemingly based on an Act's completion time, is tallied in kilometers per hour. The highest possible speed is 999 km/h. Having three of the same numbers in the measurement, such as 555 km/h, grants the player an Extra Life. Also upon being passed, the Bonus Plates will spin and give awards based on the image they show. The rewards are:

Sonic Chaos contains a total of six Zones, each split into three Acts. After clearing the first two Acts, the player encounters the Zone's boss in the third, shorter Act. Defeating the boss allows the player to progress onto the next Zone. The Zones in their order are:

Special Stages are extra levels where the player can collect five of the six Chaos Emeralds. To access one of the five Special Stages, the player has to collect 100 Rings as Sonic during an Act.

Sonic Chaos received generally positive reviews during its release. GamePro praised the game's graphics and gameplay, stating that while the game was "not as tough as some of the other Sonic adventures, it's still a cart that fans of the hogmeister are gonna wanna roll with."[19] Sega Magazine also praised the Master System version of the game for its polished graphics and playability while stating that it was "very entertaining, this had us coming back for more even when we'd finished it."[27] Electronic Gaming Monthly gave the game an 8.25 out of 10, commenting that it retains all the elements that made the 16-bit Sonic games fun while also praising the graphics and the ability to play as Tails.[17] Mean Machines Sega gave a mediocre score of 71%, praising the graphics and gameplay, but concluded the review by stating that it was "a very weak Sonic game that combines lack of originality with complete absence of challenge."[21]

Over the years, the game received more mixed reviews. Lucas M. Thomas of IGN gave the Virtual Console re-release score a 6 out of 10, noting that the game "isn't total retread of territory covered before in earlier Sonic titles -- but it's pretty close."[20] Dan Whitehead of Eurogamer gave a score a 7 out of 10 for its Virtual Console re-release, stating that "perhaps the strongest argument in favour of Sonic Chaos is that it's a relatively unseen entry in a franchise where most of the attention was directed at the [Mega Drive] titles. For Sonic fans who know most of the games inside out, this one will probably still seem quite fresh."[18] Darren Calvert of Nintendo Life criticized the game for being uninspired and lacking of discernable challenge, saying that "hardcore Sonic fans might get a kick out of this lesser known incarnation, but for most there will be no reason to bother with this."[23]

After its initial release, Sonic Chaos was re-released for the Sega Game Gear by distributing company Majesco in the United States. Because of this, the game is one of the first Sonic titles to be re-rated "E for everyone" by the newly established Entertainment Software Rating Board. Years later, the Game Gear version was featured as unlockable content in Sonic Adventure DX: Director's Cut. To unlock it in the game, the player has to collect either a total of 60 emblems or complete 60 missions with all the playable characters. The game was also included in Sonic Mega Collection Plus in 2004.

The Sega Master System and Game Gear versions have a number of differences between them that were made between their respective releases, these include: 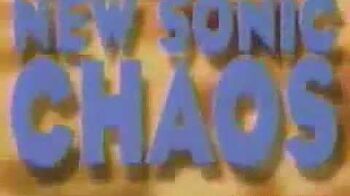 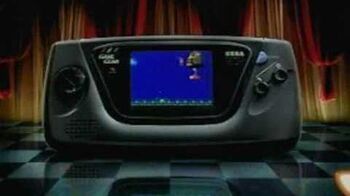 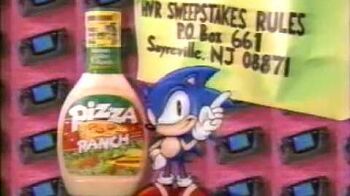