Sonic Bowling (ソニックボウリング) is a mobile phone game released by the Japanese phone provider SoftBank. There is also a Mission Mode, with 10 missions against Doctor Eggman. the game is essentially bowling with Sonic characters. The models look similar to the ones used in the Nintendo DS version of Mario & Sonic at the Olympic Winter Games. Sonic, Tails, Knuckles and Amy are as playable characters, each with their own playing style. As well as regular ten-pin play, you can upload your scores against the country-wide ranking system[1] 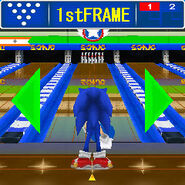 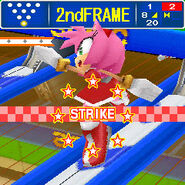 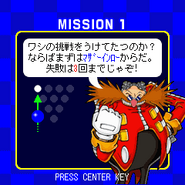 Retrieved from "https://sonic.fandom.com/wiki/Sonic_Bowling_(2009)?oldid=662557"
Community content is available under CC-BY-SA unless otherwise noted.