Sonic Adventure 2 is an enhanced digital port of the original game for the Dreamcast that was released on the Xbox 360's Xbox Live Arcade, PlayStation 3's PlayStation Network, and PC via Steam in October 2012.[2][1]

The PlayStation 3 version was available to be streamed on the PlayStation 4, PlayStation 5, and PC via the PS Now subscription service, with PlayStation 3, PlayStation Vita, Sony Bravia Smart TV (2013, 2014, 2015 and 2016 models), Sony Blu-Ray players, and Samsung Smart TV support for the service being dropped in 2017. The Xbox 360 version was made backwards compatible on the Xbox One in December 2017.[3]

These are the achievements for the Xbox Live Arcade, PlayStation Network, and Steam versions of Sonic Adventure 2:

It was announced at Sonic Boom 2012 that the game was being re-released on the Xbox Live Arcade and PlayStation Network in October 2012. This was a part of the SEGA Heritage Collection alongside Jet Set Radio and NiGHTS into Dreams.

Reviews to this port of Sonic Adventure 2 have ranged from mixed to significantly positive, with Metacritic aggregating scores of 60%[7] and 65%[8] to the Xbox Live Arcade and PlayStation Network versions, respectively. GameRankings gave the PlayStation version 65% based on 6 critic reviews[6], and 60% from 8 critics to the Xbox port[5], while the user score stands at 8.0 for both from a combined 220 reviews[6][5] However, aside from the previous reviews that are based on smaller critics, Steam network has given it a "Very Positive" score, based on reviews of 10531 users, praising that their favorite game is now in High Definition and Chao Garden that is on the PC port.[2] Robet Workman of GameZone praises the game for its being true to the original, frustration and all, stating that "how much you'll enjoy Sonic Adventure 2 depends on whether you really liked it on the Dreamcast."[11]

In October 2012, Sonic Adventure 2 became the second best-selling in the top twenty PlayStation Network games poll.[12] In the Xbox Live Arcade, it is ranked as the tenth top arcade platform.[13] 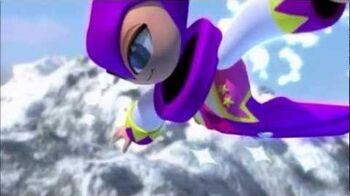 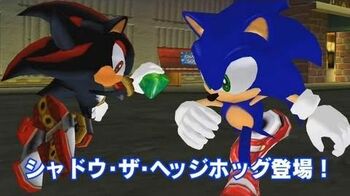