Single player, limited multiplayer (Tails can be controlled in Sonic's stages with controller 2)

Sonic Adventure is a re-released digital version of the Dreamcast game of the same name for the PlayStation 3 and Xbox 360 (via PlayStation Network and Xbox Live Arcade respectively). It was released on September 2010 worldwide. This port was officially announced by Sega on 10 June 2010 that it would be released on the aforementioned platforms.[2] It is essentially a port of Sonic Adventure DX: Director's Cut released for the Nintendo GameCube and Windows earlier in 2003 and 2004 respectively, although additional content such as Metal Sonic, Mission Mode and Sega Game Gear games have been removed (with the first two options available with the Sonic Adventure DX DLC). A Microsoft Windows release via Steam was followed on 4 March 2011 under the name Sonic Adventure DX: Director's Cut (with Metal Sonic and Mission Mode being restored).

Later, Dreamcast Collection for Xbox 360 and Microsoft Windows included their respective version of Sonic Adventure. The PlayStation 3 version was available to be streamed on the PlayStation 4, PlayStation 5 and PC via the PS Now subscription service, with PlayStation 3, PlayStation Vita, Sony Bravia Smart TV (2013, 2014, 2015 and 2016 models), Sony Blu-Ray players and Samsung Smart TV support for the service being dropped in 2017. The Xbox 360 version of the game received backwards compatibility for the Xbox One on 28 September 2017.

On September 15, 2014, Sega released a patch for the Steam version of the game to fix some bugs, including:[3]

These are the achievements and trophies for the Xbox 360, PlayStation Network and Steam versions of Sonic Adventure.

Reviews for the PlayStation Network and Xbox Live Arcade versions of Sonic Adventure were mixed. IGN UK's Arthur Gies gave the Xbox 360 version a score of 3.5/10 and calling it "so fundamentally flawed that it borders on unplayable--the sections that move the fastest, that work best, require the least input from the player."[4] 1UP.com criticized both the game's dated mechanics and the perceived lack of effort put into the port, which "feels like it wasn't even tuned for the Xbox 360 controller."[5] By contrast, Gamer 2.0 claimed that the controls were "slightly more responsive than those of the Dreamcast original,"[6] and PlayStation LifeStyle scored it 8/10, complimenting the "frantic, fun gameplay" and "tons of replayability", concluding that "If you manage to overlook the glitches and dinky camera, you'll easily find a gem (or emerald) in this Dreamcast classic."[7] 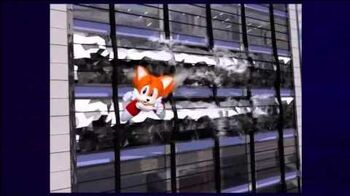