watch 02:48
The Loop (Games)
Do you like this video?
Play Sound
Main page CreditsManualsGlitchesBeta elementsGallery

Not to be confused with Sonic Blast, neither with Sonic the Hedgehog Blast.

Sonic 3D Blast (ソニック3Dブラスト[3], Sonikku 3 D burasuto?), known as Sonic 3D: Flickies' Island (ソニック３Ｄ フリッキーアイランド, Sonikku Surīdī Furikkī Airando?) in Europe and Japan, is a 1996 platform video game in the Sonic the Hedgehog series. It was developed in the United Kingdom by Traveller's Tales and published by Sega for the Sega Mega Drive, Sega Saturn and Microsoft Windows.

The Japanese version was released simultaneously with Sonic Adventure International as a Sega Saturn exclusive under the Flickies' Island name, although later re-releases of the Genesis version used the Blast name in Japan. The Mega Drive version has been released on the Wii's Virtual Console service in late 2007 on the European and Japanese markets, and in 19 November 2007 for North America.

This version was also included in 2002's Sonic Mega Collection, a compilation on the Nintendo Gamecube of seven Sonic hits on the Sega Genesis, and was later featured in the 2004 re-release titled Sonic Mega Collection Plus for the Xbox and Playstation 2 systems, which featured the seven original games, plus unlockable Game Gear titles and other bonus features. The PC release, based on the Saturn incarnation, used the full title Sonic 3D Blast: Flickies' Island on its window.

In addition to the original Mega Drive version, Sonic 3D Blast was also available for the Sega Saturn to make up for the cancellation of Sonic X-treme, which was intended to be Saturn's killer game for the 1996 holiday season; the game was ported in seven weeks, during development of the Mega Drive version. The game boasts FMVs, higher quality graphics (including a true 3D Special Stage, considered by many fans to be the best Special Stage in the series) and an entirely new CD audio soundtrack composed by Richard Jacques (who later produced the Sonic R soundtrack). A European release followed in February 1997.

In September 1997 a port of the Saturn version was released for PC in Europe and North America, with the videos and soundtrack intact, as well as the notable addition of a save game system, but lacking some of the Saturn's effects (such as the fog in Rusty Ruin Zone) and with a downgraded Special Stage that mixed the 2D sprites from the Mega Drive version with the basic gameplay of the Saturn version. The Saturn version was eventually released in Japan on 14 October 1999, the same date as Sonic Adventure International. That release is notable for including stylized "classic Sonic" artwork, but other than that the game is largely identical except the Saturn version's notorious load times are slightly improved.

Only one version of the Mega Drive game was released, with the title differing depending on whether it is played on a PAL or NTSC console. In PAL regions the title is Sonic 3D: Flickies' Island, and in NTSC regions the title is Sonic 3D Blast. This caused a problem, however, when the Mega Drive version was re-released in the Sonic Mega Collection. Due to the aforementioned feature, the game is titled Sonic 3D Blast when played on a PAL 60 or NTSC-J system.

Although the PC version's title differed between regions, its executable was titled Sonic 3D Blast: Flickies' Island, a combination of both names. It should be noted though, that the combined name is rarely used, with fans usually favoring one name over the other. In addition, Sonic 3D: Flickies' Island was the title that was used for the Japanese Saturn version, but when the Mega Drive version was finally released in Japan as part of Sonic Mega Collection, it was once again known as Sonic 3D Blast.

In October 2006, a 95 percent complete prototype was acquired and dumped for Internet distribution.[4]

Dr. Robotnik discovers the seven Chaos Emeralds on Flicky Island, but they are nowhere to be found. He soon learns that the Flickies residing on the secluded island are native to a different dimension, and can travel between worlds using large rings. Consequently, the Doctor determines there is some sort of connection and resolves to turn them all into robots using his new Dimension Ring Generator. Later, Sonic, Tails and Knuckles arrive to beat Robotnik to the Chaos Emeralds but find that they are too late - Sonic finds that Robotnik is already placing his Flicky friends into robots. Naturally, Sonic decides to free the Flickies and stop Robotnik from finding the Emeralds.

The game is played from an isometric viewpoint in a 2D environment and uses pre-rendered 3D sprites. Sonic must collect Flickies (first featured in the 1984 Sega arcade game Flicky) and bring them to a Warp Ring in order to advance in a Zone. Each Zone consists of two regular Acts and one boss Act. There are ten or fifteen Flickies in each Zone's regular Acts, barring Panic Puppet Zone's, while in each Zone's third Act the player faces Dr. Robotnik in one of his many machines.

The Chaos Emeralds seen in the Mega Drive version are emerald cut instead of the usual brilliant cut. (Coincidentally, the Sol Emeralds from the Sonic Rush games are also Emerald cut.)

The Flickies Sonic rescues in each level come in four different colors. Each color has its own personality:

Badniks in each Zone of Sonic 3D Blast come in different models and each one is being powered by a Flicky with the exception of those in Panic Puppet Zone:

At the third Act of each Zone, Sonic will encounter Dr. Robotnik in his machines. Like in previous main game installments for Sega Genesis, each boss require various amounts of hits to be defeated.

To warp to a Special Stage where the player can try for a Chaos Emerald, either Tails or Knuckles must be located within the regular levels. The player must then hand over a minimum of fifty Rings to one them in order to be taken to the Special Stage. To do this, the player must stand next to either Tails or Knuckles. At this point, the player's Rings will be absorbed. However, the player is not required to hand over fifty Rings at once, but can instead hand over a portion of the required Ring and then come back later in the same level and hand over the remaining Rings.

There are three different versions of the bonus levels based on the platform of the game:

The Saturn version also features a theme song, "You're My Hero", composed by Richard Jacques and performed by Debbie Morris. This song is heard during the game's end credits.

Sonic 3D Blast has gained generally mixed reviews, with critics at the time finding the game's controls and slow pace frustrating, but praising its visuals and music. IGN was critical of the game, complaining about the poor controls in conjunction with the isometric viewpoint and change in the previous Sonic formula, stating "you can't deny that the game's core design is repetitive and, ultimately, kind of bland. The sense of speed and intense action that Sonic's name was built on is absent here, replaced by, essentially, a looping, lazy fetchquest."

GameSpot was more positive on the game, praising its graphics, soundtrack and challenging boss fights. However, there were still common complaints that "...wandering around the levels looking for the last enemy gets boring very quickly. Had this game been more action oriented, with more enemies and much faster gameplay, it would have truly lived up to the Sonic name."

Entertainment Weekly was harder on the Saturn version of the game than the Genesis version, claiming that "while Sonic 3D Blast is super by 16-bit standards, it falls flat on Saturn, where 32-bit games with far more sophisticated 3-D graphics and gameplay are the norm."

Retrospective commentary has also been more negative: ScrewAttack ranked it #5 in its list of worst Sonic games, calling the game "a 2-D overhead with a bad angle." Conversely, 1UP.com described the game as "much better than you might be led to believe by the negative reviews it garnered back in the day."

The Genesis version of Sonic 3D Blast is included in several compilation releases, such as Sonic Mega Collection for the GameCube;[7] Sonic Mega Collection Plus for the PlayStation 2, Xbox, and Windows;[8] and Sonic's Ultimate Genesis Collection for the PlayStation 3 and Xbox 360.[9] It was also digitally re-released for the Wii's Virtual Console system[10] in 2007 and Valve's Steam marketplace in 2010.[11] The game was also playable for VIP members of the PlaySEGA browser game service sometime in the late 2000s or early 2010s.

Mike Wallis, a lead producer, director, and employee in the American branch of Sega, recalled in an interview that the Genesis/Mega Drive version of Sonic 3D Blast/Flickies' Island was commercially successful for the company, selling over 700.000 units, despite the discontinuation of official support for the console in 1995. Wallis also claimed he was involved in the development for the Saturn version of the game. The Saturn version was the second best-selling game of that system worldwide, behind NiGHTS into Dreams, another title also developed by Sonic Team.[12][13]

Certain music tracks across both Mega Drive and Saturn/PC versions of the game were re-arranged for future Sonic games including Sonic Adventure, Shadow the Hedgehog, Sonic Chronicles: The Dark Brotherhood and Sonic Generations. For Sonic Adventure, composer Jun Senoue stated he included those tracks because he personally enjoyed them, but they had not widely been heard, as he only composed the music for the Mega Drive version which was not released in Japan.[14][15] In addition, an unused beta song would also be re-used by Senoue as the boss theme in Sonic the Hedgehog 4: Episode I.[15]

In 2017, Jon Burton, the lead programmer of the Mega Drive version, announced that he was working on an unofficial director's cut patch of the game that can be installed into the ROM of the Sega Genesis version. The director's cut features improved controls and gameplay additions not seen in the original version, such as a Debug Mode level editor, a level password save system, Time Attack challenges, and the ability to transform into Super Sonic.[16][17] A beta version was released in November 2017.[17] 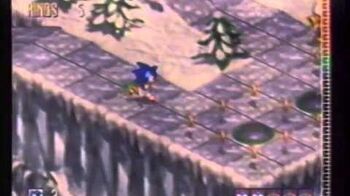 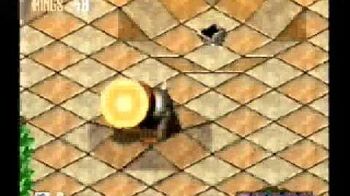 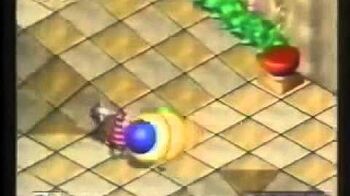